Produce, Re-use, Recycle… - The Open College of the Arts
Skip to content 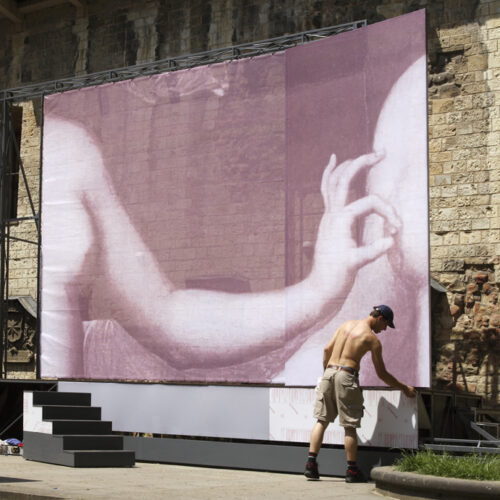 copyright Creative Arts fine art Photography
Posted: 29/11/18 11:57 | 9 Comments
When is a copy not a copy?
In 2005 an 8 year old girl was told by a security guard to stop sketching Picasso and Matisse paintings as ‘they’re copyrighted’ (Jardin 2005). So what is a copy and how much new, creative work is required to term the work as ‘influenced by’, or an ‘homage’?  Is her version in a different medium a copy? Clearly it is copying the original to some extent, but equally clearly it doesn’t have commercial value that would impact on either Matisse’s or Picasso’s estates. These extreme examples may seem ludicrous, but they seep into the consciousness of the public. As I will illustrate, some ‘copies’ are artworks in their own right, albeit derived from other creations. However, despite a change of medium and/or style, they can have a commercial impact and fall foul of copyright restrictions. Direct copies ‘re-presented’, or with minimal alterations
Marcel Duchamp tested the re-presentation of vernacular objects with a reclaimed urinal placed in an art gallery. He later added a moustache and goatee to a cheap print of Da Vinci’s – out of copyright – painting of the ‘Mona Lisa’.¹ Such re-appropriation and re-working has a long history in art. Changes in context create changes in meaning; re-appropriation creates changes in authorship and therefore in intent. Producing collages overtly ‘borrows’ from others to re-form context and meaning. Collage came of age at the start of the mass reproduction of images, e.g. Hanna Höch’s Dadaist works of the 1910s. Revived in the Pop art era of the1950s-1960s (see Peter Blake or Richard Hamilton), they became more playful and self-conscious in the postmodern era e.g. Terry Gilliam’s cartoons for Monty Python.² Copying and manipulation have now become far easier, producing a proliferation in output, further complicating the issues of what constitutes a copy and an infraction. Much of Pop art’s borrowing and re-working was confined to out of copyright works, or ephemeral, commercial sources such as magazines. Once teasing, obvious and clearly an amalgamation of different works, today that clarity has clouded, with some artists happy to test the copyright of others by re-appropriating images unaltered.

Richard Prince worked in the tear-sheet library of the Time-Life group, eventually (mis) appropriating images from magazine ads for his own art (cropped to remove text and the advertiser’s references). Prince is most famous for his ‘Marlboro Man’³ images that he’s happily stated were ‘stolen’.⁴ Recent highly publicised cases have tested even Prince’s mettle at facing plagiarism charges (not for the first time). In 2016 an exhibition of images downloaded from Instagram without changes – merely re-presenting for the gallery wall – brought multiple lawsuits.⁵ Prince’s cachet means that he can command high prices for his prints of what he simply took from other people’s IG accounts. Such outright theft of art will always be controversial and attract litigation.

Other copies are one step removed with greater creative input from the copier. While posters based on artwork may have been uncontested in the past,⁶ did Barack Obama’s ‘Hope’ poster (a direct derivative of a Mannie Garcia photograph) constitute ‘fair use right under copyright law’, as artist Shepard Fairey would later contest (Kravets 2011)?⁷ Fairey claimed to pursue ‘the ability of artists everywhere to be inspired and freely create art without reprisal’, but also counter-sued Associated Press (Garcia’s employers) to claim his income was justified (Kennedy 2012). It ended with an out of court settlement and an agreement to share proceeds of the poster’s sales, thereby acknowledging that each party contributed to the eventual success and income of the final poster. This story of photograph, becomes poster, becomes court case, echoes the most famous image of posters and T-shirts: Fitzpatrick’s Che Guevara image (Jim Fitzpatrick 1967), which wasn’t credited to (or remunerated) the original photographer Alberto Korda.⁸

This picture of Plaza de la Revolución contains a metal sculpture that’s also based on Korda’s image. With the artwork photographed in context my image has ‘fair use’ within editorial usage, but not for commercial uses such as advertising. This is an important distinction between the ‘fair use’ policy of reporting on the observed, and the directly commercial intentions that copy originals, even when they are altered.

Homage
Homage is generally reverential, even if humorous: directly related to the original, yet reformed as a different entity. Post-modern re-workings of iconic artworks are saleable in their own right. In the recently published Double Take: Reconstructing the History of Photography (Cortis and Sonderegger 2018),⁹ the pair produced replicas of classic photographs by photographing scale models and scenery in their studio. Images in the book are shown alongside the sets that were used to create them, which acknowledges their source. One of these, a life-sized replica of American photographer William Eggleston’s (in) famous ‘Red Ceiling’ (aka ‘Greenwood, Mississippi’, 1973), was displayed for the public to take their own ‘copies’ [as seen at the OCA study visit to Format Festival, Derby in 2015]. Their images (and mine) replicate the original photographs without copying the actual image directly, but by reconstructing a visually similar scenario. A note at the end of the book says that they tried to trace all copyright holders to seek permissions: acknowledging that they could be breaching copyright.

While these reconstructions create realistic ‘copies’, Charles Woodard’s humorous cartoon versions of classic images The History of Photography in Pen & Ink are clearly based on the originals. However, while recognisable to those who know the images, they are very different in form from the originals: almost caricatures. This is a case of ‘influenced by’ an original. Has Woodard produced a homage, a pastiche, a rip-off or a reworking of the idea of the original? I would argue that these drawings – and Cortis & Sonderegger’s images – are a playful, fresh take on what the original images have become as cultural icons, rather than as images alone (Woodard 2012)?10

The passing of Pop art’s spirit
In a review of a Pop-art show that restricted press photography, Cory Doctorow asked ‘have the freedoms of the ‘pop art’ era passed’? These artworks and their current exhibition ‘both celebrate [by re-appropriating images] and deny ‘fair use’ at the same time’ (Doctorow 2007b). If, for example, owners of Andy Warhol’s prints can say they don’t want them photographed, do the owners of works whom Warhol plagiarised (e.g. Cambell’s soup cans) have the same rights over Warhol’s prints? It should be simple, but it isn’t. You might think that an institution such as the Tate could reasonably be expected to have these issues sorted out. If you visit their website to view Peter Kennard’s ‘Haywain with Cruise Missiles’ (1980)¹¹ the caption reads ‘© Peter Kennard’. Below that there is a link to ‘License this image’: do they mean Constable’s ‘Haywain’, or Kennard’s cold war, apocalyptic update?

How far would you go?
The flip side to these issues is to ask yourself how would you feel, about your creative work being used by someone else? Does it depend on its context, such as who uses it, how it is used, is it altered, is it captioned, is it credited to you, where is it shown, do they seek to profit from it, is it critiqued, is it praised? Then consider how that decision might alter if you depended on your creative talents to make a living. I suggest that when creating art that’s based on other people’s copyrighted work you should exercise caution: note the copyright holder and name the original work’s name and artist(s). Credit everything with appropriate citations (which we hope you’ll be doing anyway) and state that your usage is non-commercial.

¹ https://www.wikiart.org/en/marcel-duchamp/l-h-o-o-q-mona-lisa-with-moustache-1919
² The ‘foot’ at the end of the opening credits (rotated and flipped) was from Bronzino’s Cupid https://commons.wikimedia.org/wiki/File:Monty_python_foot.png
³ http://100photos.time.com/photos/richard-prince-cowboy
⁴ https://www.guggenheim.org/arts-curriculum/topic/cowboys
⁵ https://www.theguardian.com/artanddesign/2016/jan/04/richard-prince-sued-copyright-infringement-rastafarian-instagram
⁶ Andy Warhol’s ‘Marilyn Monroe’ image, originally from the film ‘Niagara’ (Hathaway 1953) is still being reproduced https://news.masterworksfineart.com/2017/10/10/andy-warhols-marilyn-monroe-series-1967
⁷ It has never been suggested that Obama, or his staff, knew that Fairey had copied the image.
⁸ Alberto Díaz Gutiérrez
⁹ See samples of these constructions at https://www.ohnetitel.ch/icons/
10 https://www.photobookstore.co.uk/photobook-the-history-of-photography-in-pen-and-ink.htm
¹¹ https://www.tate.org.uk/art/artworks/kennard-haywain-with-cruise-missiles-t12484

> Next Post The Open College of the Arts is 30 years old!