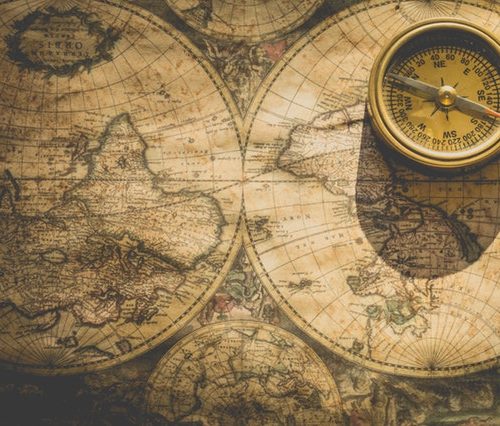 I recently took part in an OCA trial of a short course on Creative Education. I guess I was a jump ahead most of the time having been an English teacher in the seventies and eighties when English teachers were experimenting with creative ways into learning and teaching. One of the suggestions at that time  was to move away from the idea of teaching being a transmission of information and think of it instead as transformation in the learner’s understanding

To illustrate the difference between these two modes I’d like to share a story from a learning experience in a face to face creative writing class that I was teaching  recently. This was an adult education class in a local arts centre. I asked a male student in the group to read out something written by a female student in the group.  She had written a story where the first person narrator was portrayed as a male who was stalking a woman presumably with the intention of committing rape. The male student read the story but later complained that my request had put him in a very uncomfortable position and he asked if, in future,  discussion within the group could stick to writing techniques and not deal with subject matter. This was a plea for transmission instead of transformation because he felt transformation might lead to a student feeling uncomfortable. Of course, both approaches are needed: writers have to take on the risks of discomfort..

One suggestion on the creative teaching course was to make a map of your place of work which seemed more appropriate for visual artists than writers, and a book suggested as background reading was Peter Turchi’s Maps of the Imagination: The Writer as Cartographer. Turchi argues that writers create stories, poems and scripts to represent  the lives of people, just as cartographers make maps to represent places. But map-making is a far more limited representation than for example a story or a poem.

The poet, Eavan Boland , makes this clear in her poem That the Science of Cartography is Limited.  A map can show the place where people died in the Irish famine of 1846-7 but it cannot show the viewer what it felt like to be hungry or to watch people die or explain that the road came to a sudden end, going nowhere because the road builders died at this point. So a map can do the kind of teaching (learning) that deals with the transfer of knowledge (and even that is limited) but it has much less to do with the transformation in understanding.

Here is how Boland’s poem ends:

Where they died, there the road ended
and ends still and when I take down
the map of this island, it is never so
I can say here is the masterful, the apt rendering of

the spherical as flat, nor
an ingenious design which persuades a curve
into a plane
but to tell myself again that

the line which says woodland and cries hunger
and gives out among sweet pine and cypress,
and finds no horizon

will not be there.

Cartographers get another bad press from poet, Kei Miller, in his sequence, The Cartographer tries to map his Way to Zion. The Rastaman tells the Cartographer: “my bredda, you cannot plot your way to Zion”  “you cyaa (cannot) climb into Zion on Anancy’s web.” Earlier on the sequence he puts it quite plainly:

Interestingly, Turchi’s book ends citing the mistakes made by two  explorers and would-be mapmakers, Christopher Columbus who thought the Americas were the Indies and Dalrymple who believed there was a huge continent  in the southern hemisphere which he named Terra Australis. So perhaps writers have to be explorers first and foremost and only minimally should they even try to be  cartographers.

Photo by Ylanite Koppens from Pexels

One thought on “Cartography and writing”