Difficulty in writing: part two - The Open College of the Arts
Skip to content 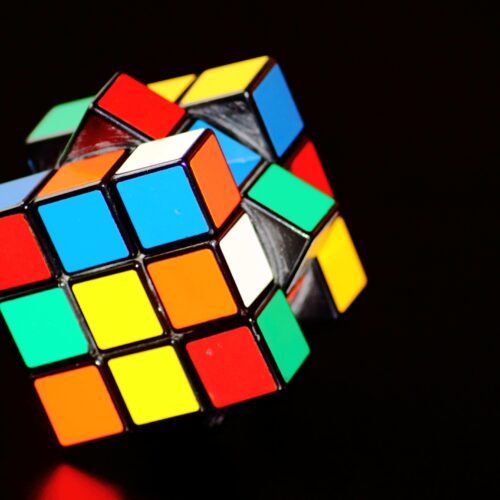 In my previous blog on difficulty I suggested some of the reasons why difficult literature might be worth the reader’s effort. This time I’d like to take focus more on why you shouldn’t always avoid difficulty in your own creative writing.

It can be hard to do justice to difficult subjects in simple language – sometimes the writer needs to reach for other tools, and these tools result in greater intricacy or complexity, or create something radically different from what’s come before.

By difficult subjects I don’t necessarily mean highfalutin philosophy. How about the feeling a parent experiences upon first seeing their new-born child? Or the sense of grief felt at the loss of a loved one? Despite the amount that’s been written about these subjects, their complexity is never exhausted.

Before you read any further, follow the link to this poem: ‘On a Raised Beach’ by the Scottish poet Hugh MacDiarmid. After reading the first few lines, you deserve a prize if your response isn’t expletive-ridden perplexity. No-one would say this was an easy poem. However, I think it’s a great poem which is worth the effort. Let me explain why.

MacDiarmid wrote this poem in the early 1930s. He had recently moved to the Shetland island of Whalsay with his wife and son. Whalsay was a ‘dry’ island and one of the reasons for the move was so MacDiarmid could address his damaging drink problem. The family had no money: their furniture was made of fruit crates, they foraged seabirds’ eggs, and concerned islanders would leave them supplies. MacDiarmid’s physical and mental health were very poor – he was soon to be hospitalised for psychiatric treatment. At the same time, he was overwhelmed by the natural grandeur of Shetland, and wrote this poem about a raised beach – a stone shelf just above the shoreline.

The opening of ‘On a Raised Beach’ is a bombardment of obscure words. MacDiarmid literally trawled the dictionary for interesting-sounding words, and joined them together in the gnarly first stanza of the poem. Why? Imagine him lying there, looking at the stones on the raised beach, trying and failing to make sense of the world around him. The rocks aren’t telling him anything. All he knows is that he’s fed up with being himself – at least that’s my reading of the poem.

The opening lines of the poem are MacDiarmid putting you in his shoes. Each word is like another hard, mute stone, which you can pick up, examine and set aside, without making any more sense of the whole. You, the reader, have been cast adrift by words; MacDiarmid is enacting how he feels in his poem. You’re not meant to fully comprehend the poem’s beginning, because the poet is representing the incomprehensible on the page. Even if you painstakingly look up each word, the confusion remains. Confusion is the point.

MacDiarmid found a challenging poetic technique which reflected his situation. Many other writers have done the same. Max Porter’s Grief is the Thing with Feathers, which I mentioned in my last blog, is an experimental novella that examines bereavement through short chapters (some in the form of deliberately bad or ugly poetry), surrealism, and hallucinations of a destructive crow based on a figure in poems by Ted Hughes. In her book Citizen, Claudia Rankine explores the impact of everyday racism in a genre-bending bending form which confuses definitions: it calls itself ‘lyric’ but looks like prose poetry and incorporates photography.

So let me leave you with a challenge. Not really a writing prompt, just something to chew over. What is the most difficult subject you could explore in your own writing? And what is the most suitable form to write about it in? Are there aspects of this subject which you struggle to put into words? If so, how to represent that silence in your writing? Writers know that words, sometimes, fall short. Instead of giving up, that’s often when they find themselves compelled to invent new, challenging ways of writing.

Puzzle image free to use from Pexels.