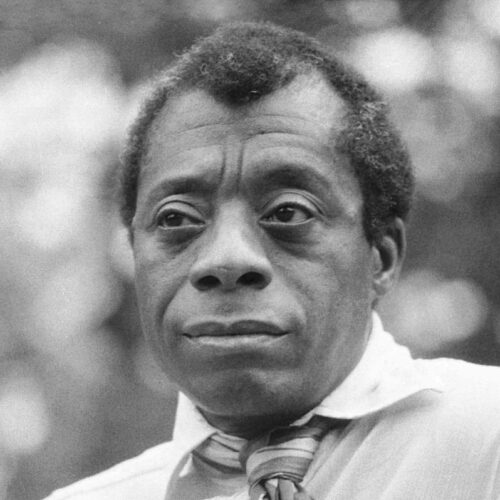 The past couple of weeks have found us in the middle of a culture war around statues and TV but, as Ash Sarkar reminds us, ‘the context of a work – film, telly, whatever – is bigger than that piece of content on its own. Meaning is what happens when a work is in conversation with its audience’.

In the 2018 Kendal Jenner Pepsi ad protesters waved signs inviting everyone to ‘join the conversation’. The content of the ad appears inoffensive at first glance but at least part of its audience saw it as trivialising the Black Lives Matter protests and after an outcry it was withdrawn. The ad execs hadn’t understood that context, for instance the image of Ieshia Evans that was circulating at the time, is bigger than content.

The African-American writer James Baldwin saw the political in moral terms in his talk ‘The Moral Obligation of the Artist’ – ‘for some reason I  may not want to think that this is wood (tapping the lectern) but in order to become an artist I‘ve got to say that that this is wood, even if it threatens my life, and even if I know that it will destroy me’. The context for his talk was the police assault on civil rights protesters in Birmingham, Alabama in May 1963. A few months later four black girls were killed in the terrorist bombing of the 16th Street Baptist Church (see Spike Lee’s 1997 documentary ‘4 Little Girls’).

In Martin Luther King’s ‘I’ve Been to the Mountaintop’ speech on April 3, 1968 in Memphis, Tennessee he said ‘Well I don’t know what will happen now, we’ve got some difficult days ahead, but it really doesn’t matter with me now because I’ve been to the mountaintop’. The context was the Civil Rights Movement which came out of the transportation of enslaved Africans to work in the southern cotton and tobacco plantations between the 16th and 19th centuries. Martin Luther King was assassinated the next day.

In a 2016 podcast activist and public theologian Ruby Sales said that for Martin Luther King the mountaintop represented a higher level of consciousness. Asked on Radio 4’s ‘The Real Story’ whether the conversation in the UK needs to include what’s happening globally she said ‘I think that a struggle for racism is not only an opportunity to liberate African Americans but it’s also an opportunity to liberate all of us from the stains and the marks of systemic racism that dehumanises all of us and impedes our ability to live to our full capacity as human beings’.

After listening to ‘The Real Story’ I took myself down to the Black Lives Matter protests in Liverpool and (with mask and socially distanced) listened to the speakers in St. George’s Square. From MLK to black anger: ‘Do the trod!! Start with yourself!!’. I take ‘do the trod’ to mean ‘do the work’ – reading up on the social, political and historical contexts to understand the causes of the current crisis. James Baldwin – ‘in order to keep alive, in order to become a human being really, one has got to question everything’.

ROOT-ed Zine in Liverpool are offering the first of a new Black Artists Grants. The Black Artists Grant is £1,500 given out monthly to black artists in the UK, with each artist selected receiving £500 each. More info is here: https://creativedebuts.co.uk/bag/

If you are making work addressing any of these themes and would like to share it on the #WeAreOCA blog we would love to hear from you. Please email Joanne at joannemulvihill-allen@oca.ac.uk

This post highlights the discussion that took place during the first diversity listening session,...