Hatching characters - The Open College of the Arts
Skip to content

I’ve just embarked on a new writing project but I haven’t written a word yet.  The story is in its first prototype, unformed and vaporous…just a muddle of ideas swimming in my head. My protagonist is pretty unformed at the minute, too – I’m not sure of looks, personality or even gender – it’s all a blank sheet I need to colour in.
It’s like this character has just hatched out of an egg, and that reminds me of the four chicks our broody hen, Ceredwin, raised this summer. The eggs cracked, and four fluffy heads poked out into the world, three yellow and one brown. They knew nothing, had no history and no expectations. As it’s impossible to sex newly-hatched chicks, we gave them gender-fluid names…Little Wings, Brown Wings, Yellow Wings and Pink Beak.
Ceredwin was a marvellous mother. Already she’d sacrificed almost all her breast feathers to line the nest and grown feathers on her feet to create a cosy ‘hotspot’ for the eggs. She loved making clucking noises at her eggs in practice for when the babies arrived, as if she thought the chicks inside could already hear her. Perhaps she knew they could hear her and learn the calls – the high cry which brought the chicks running to safety under her wings, and the chuck-chuck-chuck which meant she’d found a source of food.
As they grew, the chicks developed distinct character traits. Brown Wings was the explorer, pushing further each time they were allowed out of their coop. Little Wings, being tiny, found if difficult to keep up, but always got there in the end. Pink Beak was a bit of a bully, while Yellow Wings, the most timid of them all, stuck close to Mum.
They remind me now of this prototype protagonist, who has been newly hatched from the egg of my mind with no idea of what their world might hold for them…because I haven’t thought that world entirely through yet! I need to be a good mother to them now. I’ve been exploring theme, setting and how my plot might take shape, but all that time, the protagonist was wandering around inside my head, waiting to grow into the story.
This situation may feel familiar to fiction writers – it’s a common start. I know I must allow my character to escape from the vacuum they are in at present. I have to let them grow by exploring their life history – all the things, good and bad, that happened before the story started. I need to search their backgrounds to find what’s driven them into this situation, and discover the flaws in their character as well as the strengths they’ve developed over their lifetime.
My job now, is to stop tinkering with the plot altogether and concentrate on who this person is, what drives them, what gives them hope, and what strikes fear through them. They may not know themselves, but I need to work it out. Once I know who they are, I’ll see how they’ll confront their future in this story.
My readers must be able to empathise with this protagonist, and I want to find the thing inside them that sets them aside, and makes them extraordinary; their dynamism, perhaps, or the special skill they don’t yet recognise, or the unattainable dream they’re pursuing. In their heart there is something that softens and saddens them. I need to find that, too. By finding their true core I’ll be able to work out how they’ll react to the dilemmas and difficulties I plan to put them through.
Right now, six months after they hatched, Ceredwin’s chicks have all their feathers. Pink Beak is a cockerel that has just found his crow, while Brown Wings, who looks the most like her mother, is inquisitive and daring and has got lost several times. Yellow Wings has to start sticking up for herself because her mother has lost interest in doing that for her. And Little Wings, though still small, has become intrepid and determined and is the friendliest of them all. Ceredwin has given them that marvellous start in life, and like her, I have the joy of watching my little chick thrive within my imaginary world and equip themselves with the tools needed for the job of being in my story.
That begins by asking them, ‘who are you’?

< Previous Post What do you call Santa’s elves? Subordinate Clauses! 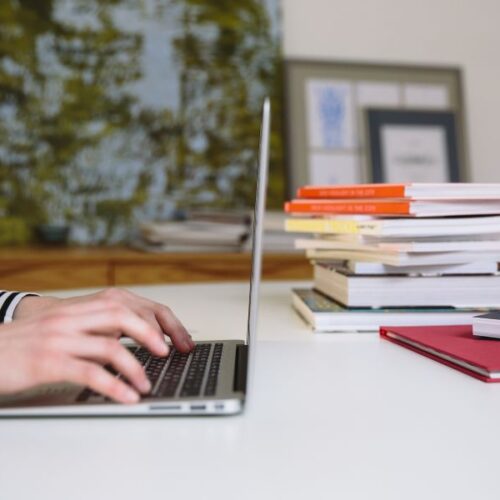