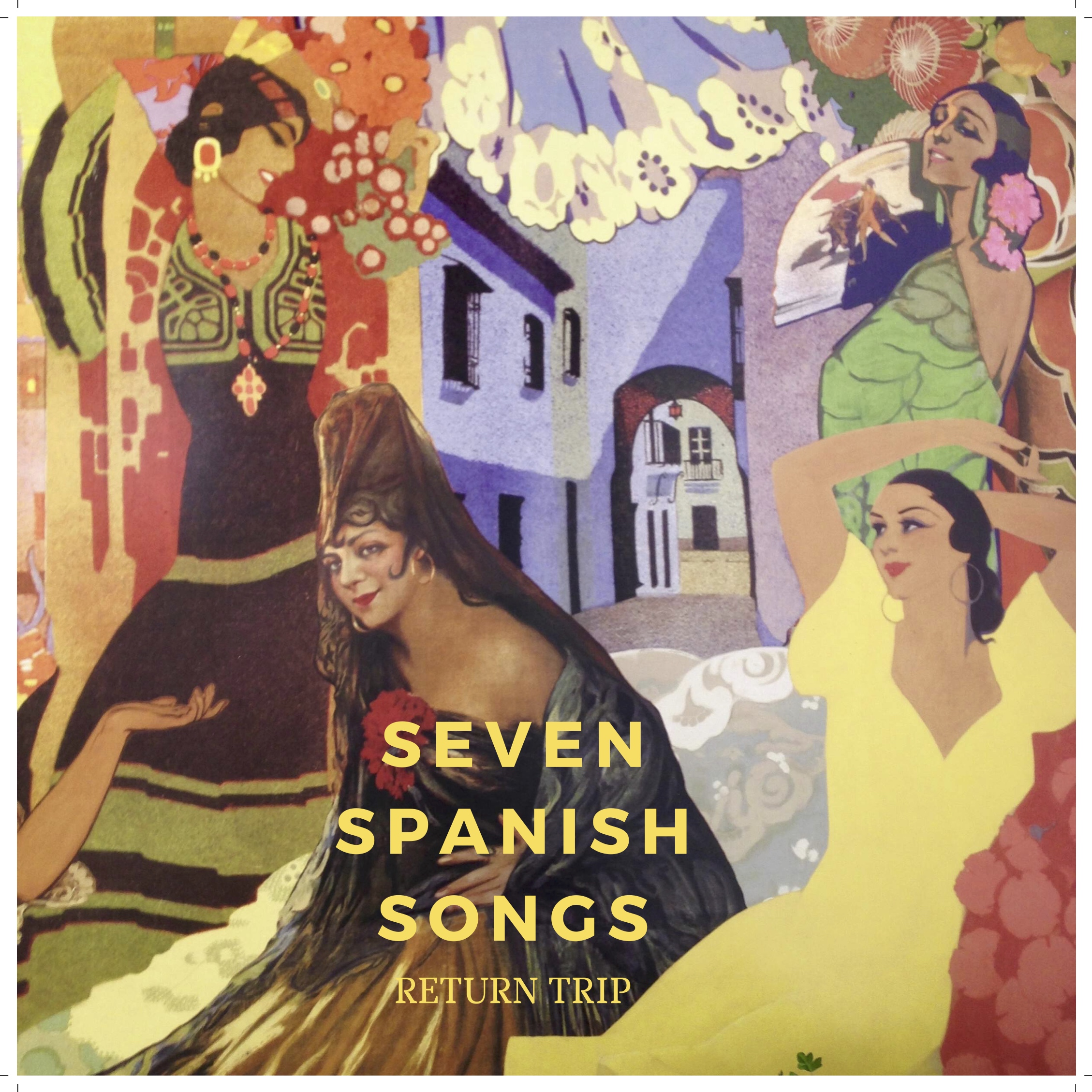 From 2014 – 2018 I was a student at OCA, studying Music for personal development rather than working towards a degree. This post describes a music project I have been working on for the past two years, culminating in the release of the EP Seven Spanish Songs.

This collection of songs is inspired by Spanish folk and flamenco music. Each song is representative of a different style or genre, including dances, romances (story telling), work and religious songs. Spain, where I have been living for the past 10 years, has a long history of folk music dating back to the Middle Ages; a tradition that is still very much alive today. Everyone knows flamenco, but I want to give people the opportunity to hear modern interpretations of a much wider range of traditional Spanish folk music.

Song collections based on Spanish traditional music were very popular in the early part of the 20th century. These collections were written by classical composers and were arranged for solo voice and piano. Well known examples include   Siete Canciones Populares Españoles by Manuel de Falla and 20 Cantos Populares  Españoles by Joaquin Nin

My song collection also has piano or guitar accompaniment, but in addition I have used a range of other instruments such as clarinet, saxophone, marimba, acoustic bass, and strings. Many of the songs have backing vocals and percussion.

This album has taken two years to complete. The first six months was spent researching and listening to a wide range of Spanish classical, flamenco, folk and Andalus (Arab) music. I then set about writing and recording sketches for each song, arranged for lead vocal and guitar or piano. Here is an example from a sketch that was written for the song Sevillana,

Example 1A:  Sevillana sketch for voice and piano (beginning section)

In the second year, I arranged the sketches for multiple instruments and each song was then recorded by session musicians working online. The tracks for each song were not recorded together but sequentially, gradually adding further layers. Here are two examples to illustrate the process that was followed. Example 2 is an extract from the acoustic bass and percussion (maracas and clapping) tracks and Example 3 is an improvised instrumental section.

In total 14 tracks were recorded for this song, which when mixed together to balance and blend each instrument resulted in the final version of the song. 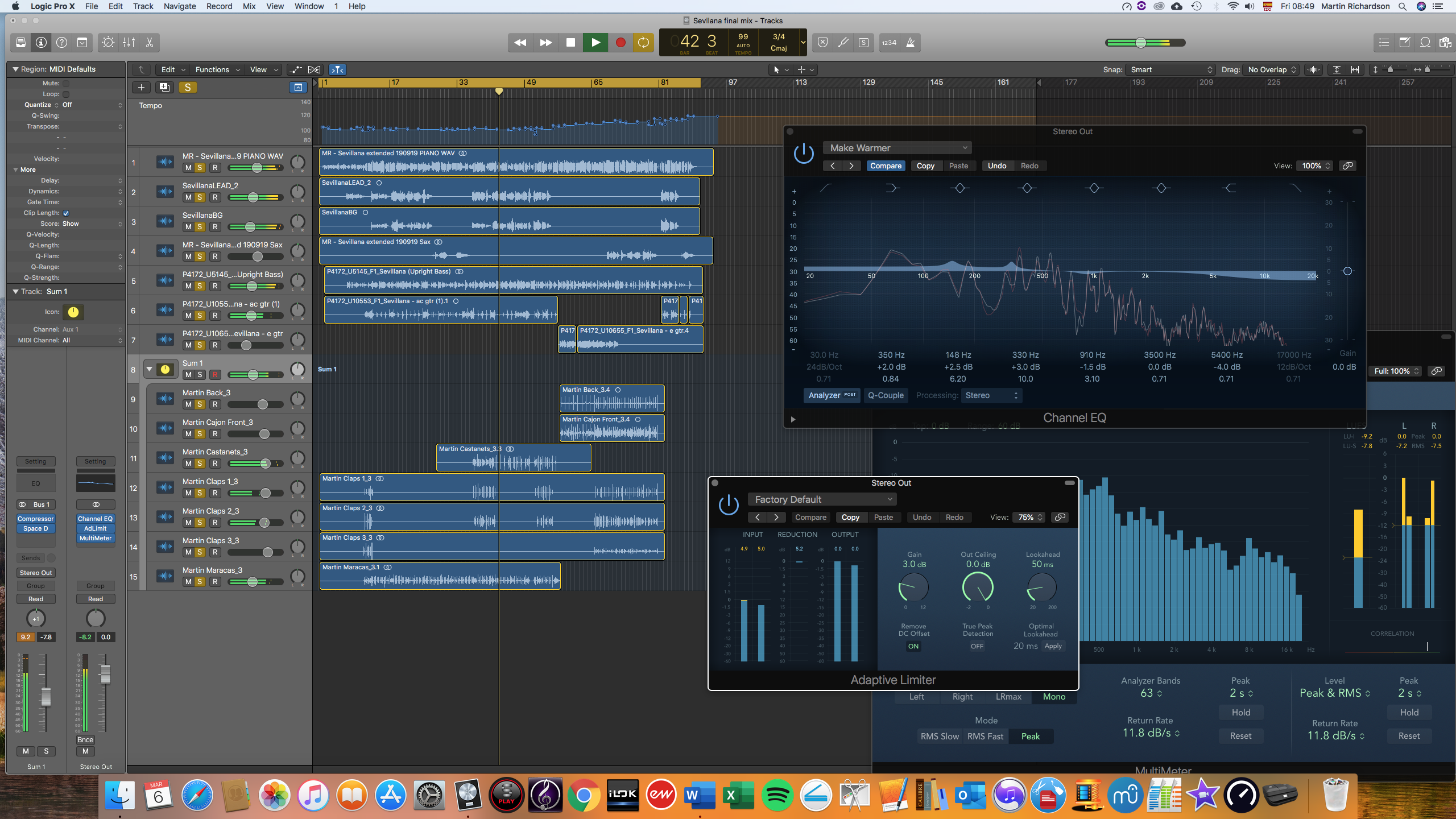 In order to complete the project successfully, it proved necessary to learn a lot of new skills. The OCA courses provided me with an excellent foundation, not only in terms of learning about the fundamentals of composition, but also how to undertake research and to work in a structured way. Whilst studying with OCA I also took an intensive, 12-week composition course on World Music which gave me some further insights into a wide range of compositional styles.

I took advantage of living in an area with many talented musicians by taking classes to learn the basics of playing flamenco guitar, percussion (Cajon) and clapping (Palmas). I also continued to study privately with composition and music production tutors who gave me invaluable support and feedback on the numerous re-writes and re-recordings that proved necessary as the project developed.

I have already begun work on my next project, which will comprise a collection of instrumental compositions inspired by traditional Spanish and South American music.

Here are some links to my Spanish music, which I am publishing under the name Return Trip Project, Ida y Vuelta in Spanish, which refers to musical styles that have their roots in Spain, were developed in Central and South America, and then “returned home” to Spain in modified form.  All profits are being donated to charities supporting the alleviation of poverty in Central and South America.

SoundCloud https://soundcloud.com/martin-richardson-music/sets/seven-spanish-songs-weareoca-blog  Playlist with all music examples discussed in this blog

Full recordings of all the songs in the album, plus piano & vocal demos. If any student would like a free copy of the PVG scores, please email me at music@martinrichardson.co.uk