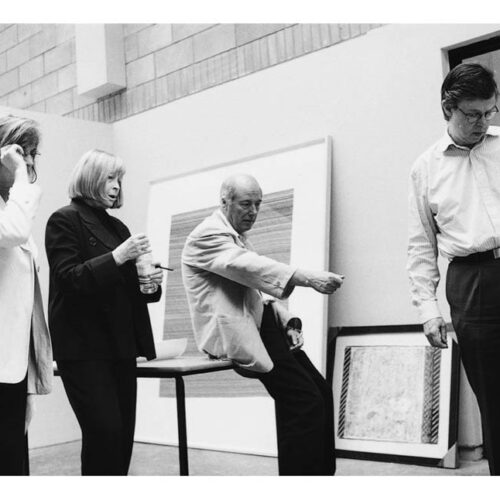 What is now called the Trinity Buoy Wharf Drawing Prize was established in 1994 as the Cheltenham Open Drawing Competition. It was probably best known as The Jerwood Drawing Prize between 2001 and 2017. The annual event is still led by its founding director Professor Anita Taylor. This provides a continuity despite the changes to the sponsors and the organisations involved over the years.

The exhibition usually tours to about four UK venues and  includes work by around sixty different artists. It’s an open exhibition so anyone can submit work: amateur, professional, students, and so on. It’s great to see all sorts of different kinds of drawing shown together, all competing for attention. The event champions ‘excellence’ and promotes and celebrates ‘the breadth of contemporary drawing practice’* That breadth was perhaps never more clearly demonstrated than when Alison Carlier’s short audio piece Adjectives, lines and marks was selected for the first prize.

It’s great to report that OCA student Alice Powell’s drawing 60 Hours was shortlisted for the 2020 prize. By applying for this she follows in the footsteps of others who feel it’s time to test their work in the ‘real world’, to take a step up and to see what might happen. The process of application and getting as far as she did was a great learning experience and opportunity for Alice. Find out more about the prize here http://trinitybuoywharfdrawingprize.drawingprojects.uk/index.php/about/about-the-trinity-buoy-wharf-drawing-prize

Below Alice is joined in conversation with OCA tutors and prize winners Bryan Eccleshall and Moira Lovell.

What encouraged you to apply for the prize?

BE: I’d been making a large drawing in a shared studio while researching my PhD and it’s likely that a friend suggested it.

AP: My tutor Emma Drye encouraged me to apply to the exhibition.

ML: I was encouraged by the prestige of the Jerwood Photography Award, and the wonderful things it offered, which included the opportunity to show my work to both those judging the prize and, if I won, the chance to be part of a touring show, to be published in Portfolio Magazine along with a commissioned essay, and there was prize money, along with the offer to participate in educational events such as artists talks and so on.

What work have you /did you submit?

AP: I submitted a piece called ‘60 Hours’. This was part of my work for a level 1 unit – Exploring Drawing Media. The piece was made in response to an exercise called time and labour. I made the piece by stretching out a concertina sketchbook and manipulating the paper around rocks on the brighton coast. I have a longing for the coast (where I was brought up) and I find living in London a challenge to this pull that I feel toward the more rural countryside. The piece started to become a very meditative process for me. This is now something I am working on for level 2. 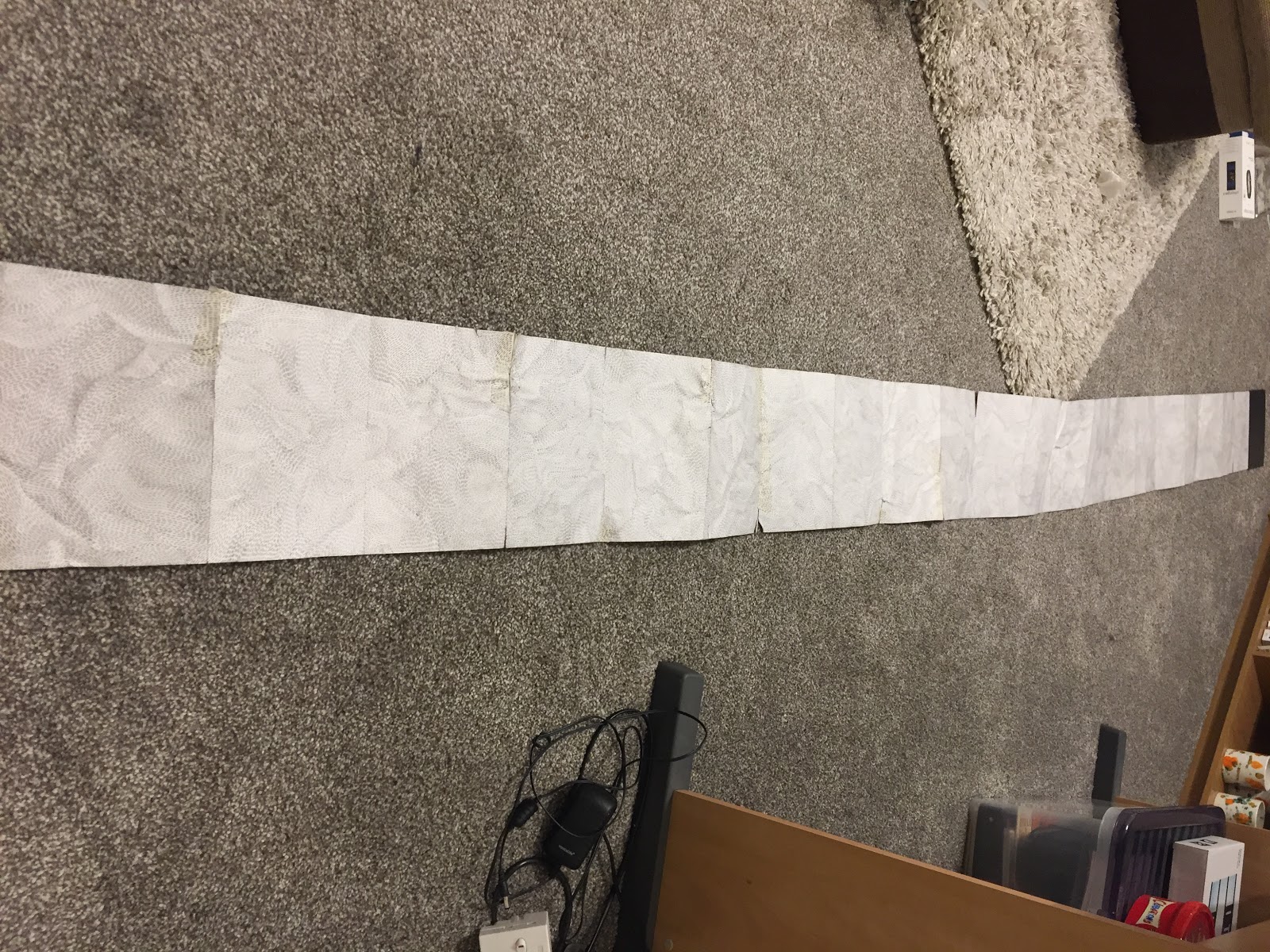 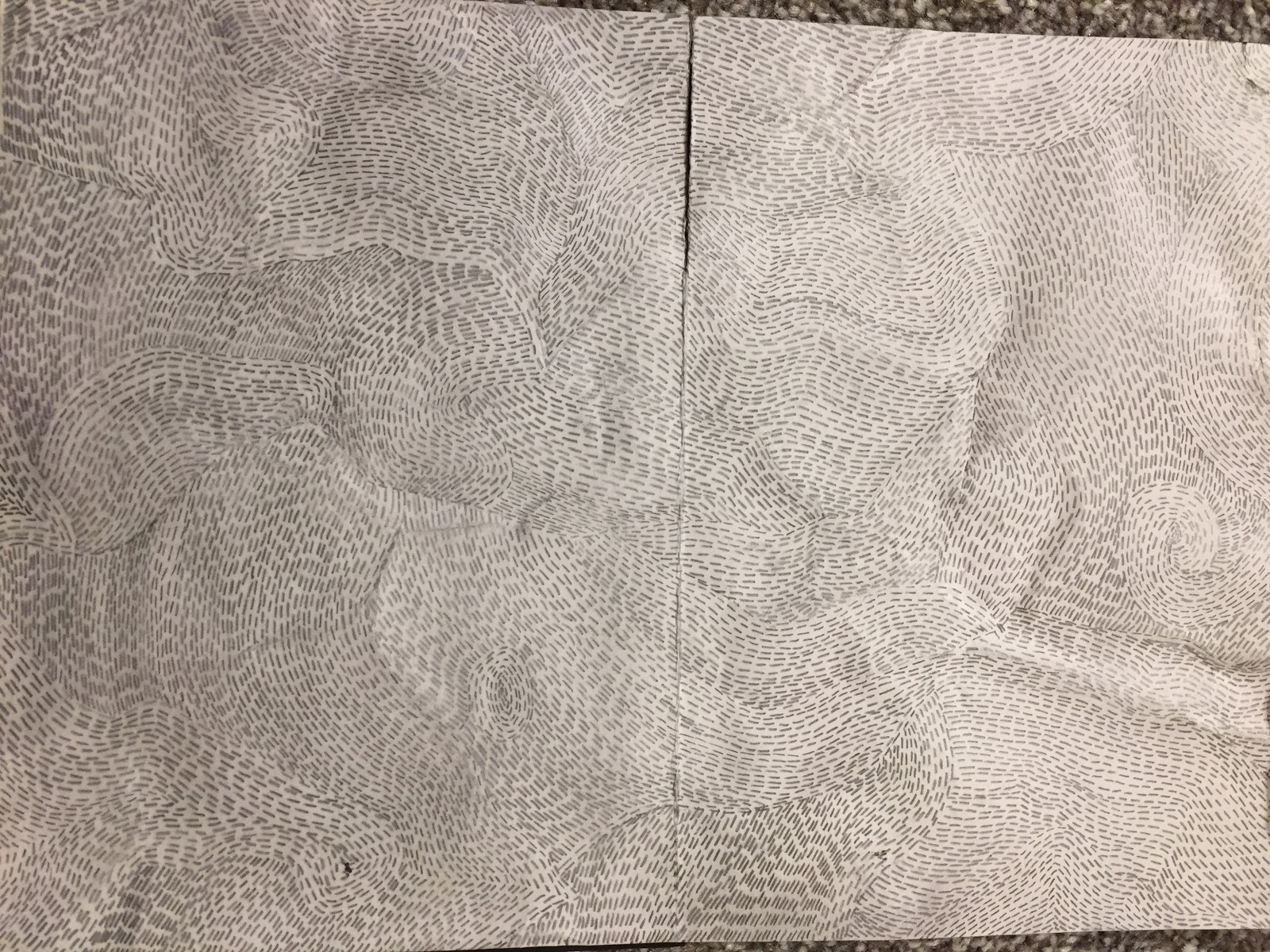 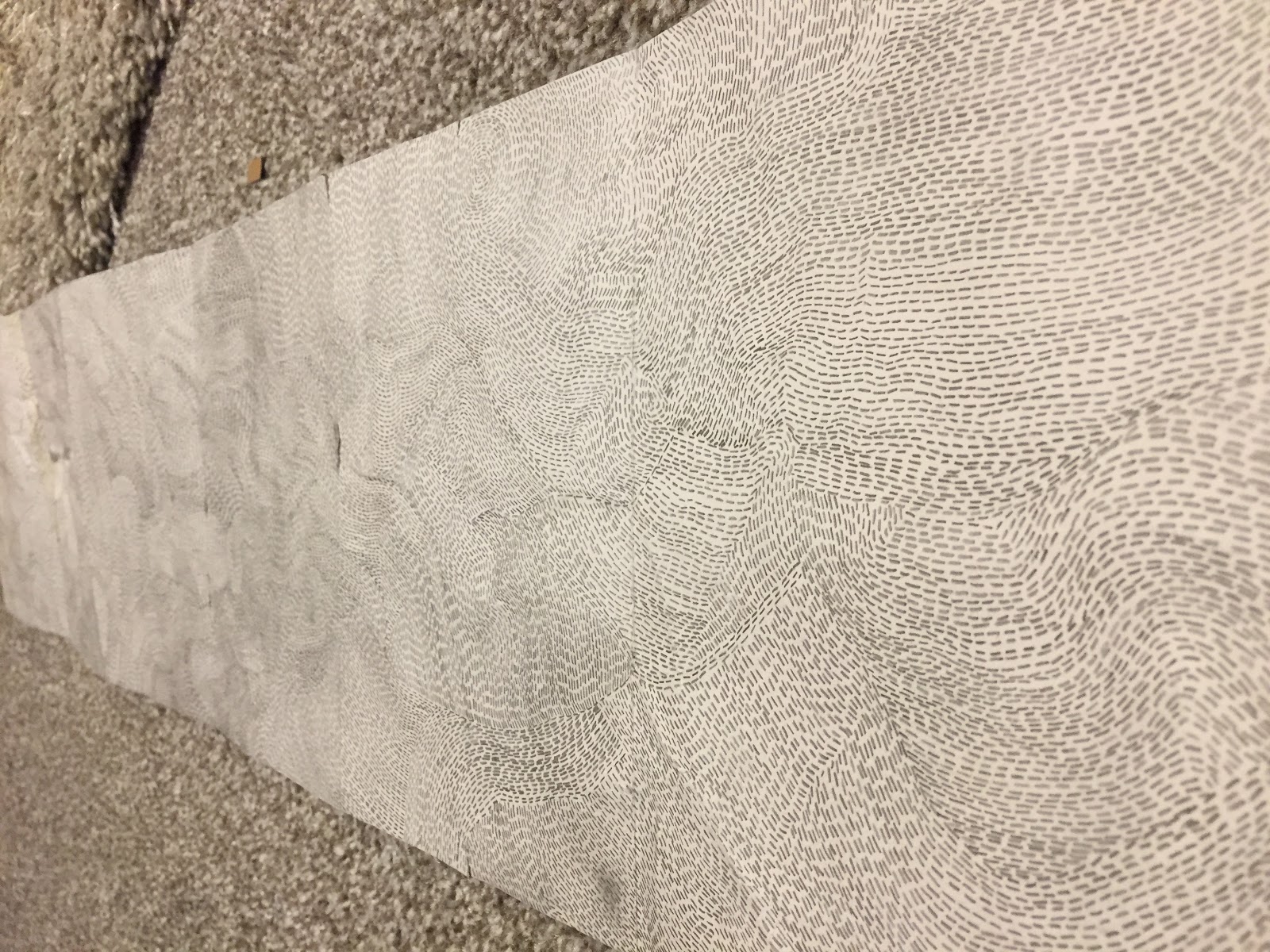 BE: I submitted a graphite drawing made up of sixteen panels which, when assembled,  measured one metre square. The image was of a Joseph Beuys sculpture called Wirtschaftswerte (Economic Values) I’d seen at the Graves Gallery in Sheffield. I worked from a gridded up photograph and, because it was fairly big, managed to get a good degree of detail. For the competition I spent money on framing it, which wasn’t cheap, and made it even bigger, more awkward and more fragile due to the glass. It did show the drawing off though. It went from being sixteen smallish pieces of paper blu-tacked to a grubby studio wall to something much more unified and serious.

ML: I submitted a photographic series, which consisted of 10 staged documentary portraits of young women whom I first met in school themed nightclubs, returned to their former secondary school gates, still in their revellers garb. 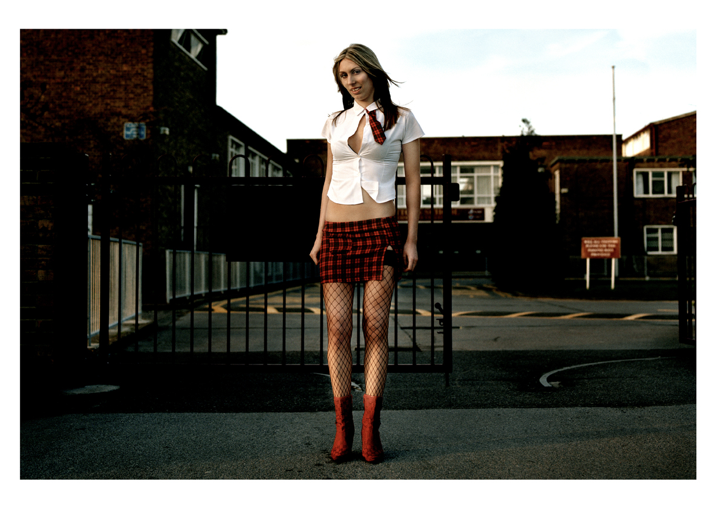 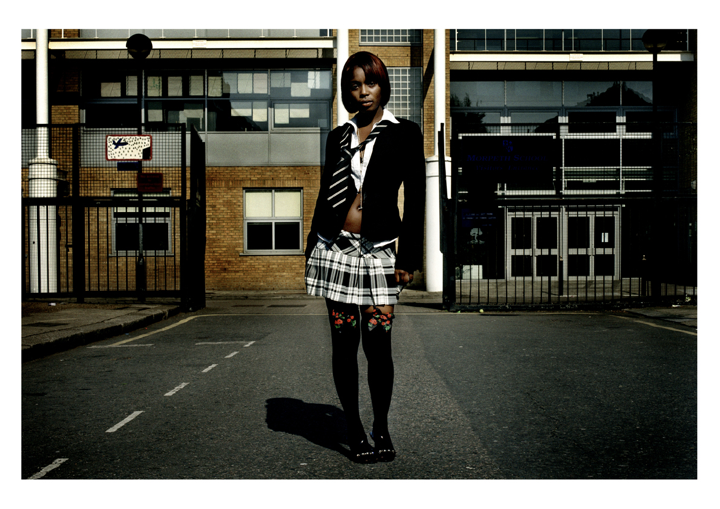 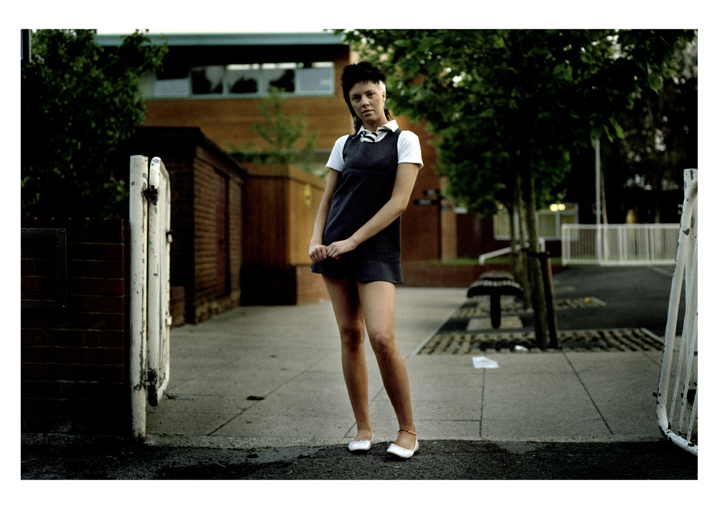 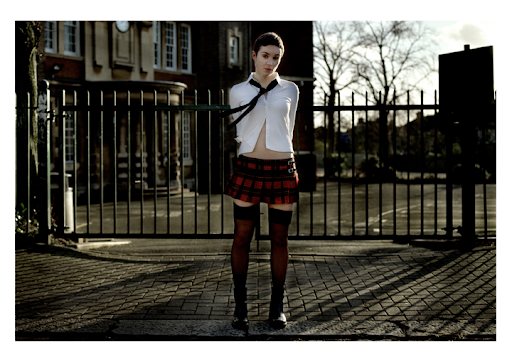 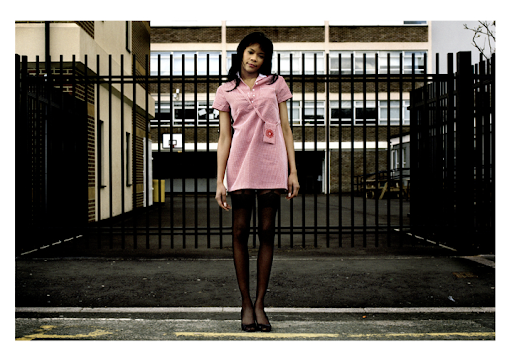 What is the process of submitting, how is it judged?

ML: I entered the prize in 2007, and the process for submitting – as well as the prize itself – was a little different to what it is now. I remember posting 10 photographic prints, 210mm x 297mm in an A4 envelope, and I’m pretty sure there was a submission fee. I believe I also submitted an artist’s statement offering context to the work.

AP: The first stage is to send off your work online through their website. You then wait to hear if you have been successful and made it through to the shortlisting. The judges then want to physically view your work. I had to deliver my work to Trinity Buoy Wharf in London. They then view the work and you find out the following day if you have been successful in the exhibition or not.

BE: When I entered (2015) it was still ‘The Jerwood Drawing Prize’ and I think the submission process has changed a bit. There was an online registration but no shortlisting process. I hired a van to deliver it to my local drop off point, which was in Leeds.Because the piece was now 125cm x 125cm and behind glass it was too big to take in a car or on public transport. As it was selected, I didn’t have to worry about collecting it from the same spot. However I did have to arrange a courier to deliver it from London once the touring show was over.

What did being shortlisted / winning the Jerwood mean for you?

AP: To be honest, I was so shocked to be shortlisted for the event that I am over the moon already. I hadn’t really considered winning the prize.

BE: As I was still doing my PhD I ticked the box that identified my as a student, which also meant a slightly reduced entrance fee. That meant that I was eligible for any of the prizes on offer. The first and second prizes are open to anyone, and then two prizes for were awarded student work. As it happens all four prize-winners in 2015 were students. I believe that the process went something like this: the first and second prizes are chosen from the sixty or so works selected for the exhibition, the non-student work is then removed and then the two student prizes are chosen from what remains. A great system, I think. Winning one of the two student prizes was wonderful. Aside from the prize – £2000, which helped offset the framing and van hire – the sense of validation was great. At the time of the show I was entering the last phase of writing my PhD and it really helped me complete that with confidence. Being included was great, but winning was very special indeed. It’s important to note that even being shortlisted for a show like this (or, for example, the John Moores) is a line on the CV. It counts for something and it can never be taken away.

ML: I remember how thrilled I was when Gloria Chalmers of Portfolio Magazine phoned me to say I was one of the five winners. Being a winner was wonderful, I met a superb bunch of people – the other winners, judges, exhibition organisers, those employed by the Jerwood Foundation, and more – and it led to other opportunities, such as being part of international shows. The Jerwood Photography Award paid for the printing and framing of a full sized set of exhibition prints, which were given to me after the touring show, I am tremendously grateful for this. And the prize money was a real gift at a time when money was tight. As Bryan says, winning the prize really is a great line on the cv. I also have some fond memories attached to that time. 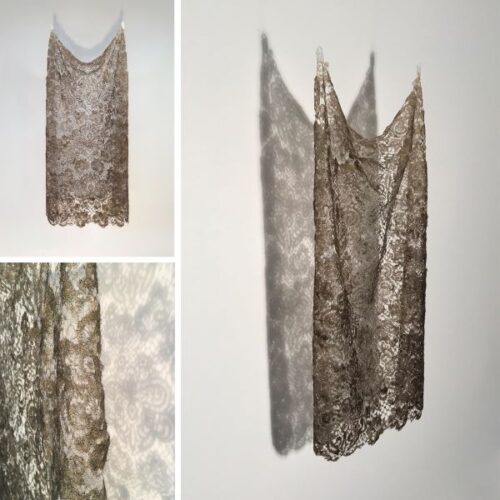 The Bloomberg New contemporaries is the leading graduate art prize in the UK. This... 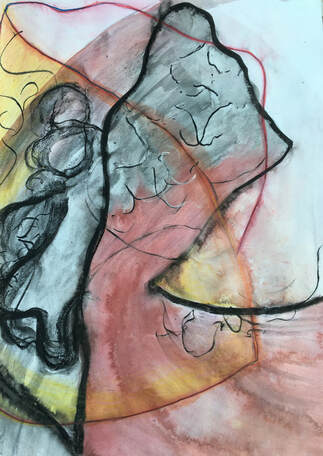 Developing ideas through making work and ‘listening’ to the work