The Global Village Construction Set, Planetery Sculptors and the Future of Society, at Futurefest 2013. These were just some of the mind-blowing concepts being given to a hungry audience, seeking glimpses of our future history at Shoreditch Town Hall in London. I was lucky enough to be asked to participate in this festival by the organisers NESTA… On the back of a previous show of work at the beginning of the year in their head offices in London.

My work titled “Shroud” was located in the basement, designated the “interface” of the town hall. This space was incredible to show in due to its Victorian subterranean ambience and fitted my work perfectly. ‘Shroud’ is a multimedia installation, taken from the origin of a fragment of Oyster shell, the fibreglass form and animation are expansions on the origin of the found object representing the material history embedded within. There were many other exhibitors showing in the ‘interface’; everything from Kathy Hinde’s “Twitchr” kinetic sculpture that dismembered a grand piano to produce an ever changing musical score an“open score” syncopated to the movements of birds, to Ravensbourne and Cerfav future city made entirely of glass.

The “Hub” in the main hall had a continuing roll of talks given by a variety of experts, academics and futurologists fitting within one of four themes for the weekend. The talks lasted on average 20mins which meant you could be listening to a talk on the future of medicine one minute to the future of creativity and the roll of art the next. I was fascinated to listen to Bertolt Mayer at 10am who was born with only one arm. He had just received a prototype of a new state of the art arm that was wired into his nerve endings above his elbow, his initial demonstration of the hand moving was startling, he could articulate his fingers just like our own hand and there was even pressure sensitivity so he could pick up a glass and hold it without it slipping. It looked so cool, this was my first thought and his talk took in the new prosthesis’s that augment the body, as seen most evidently in last summers Para Olympics with the blade runners. He wanted to provoke the debate over “Elective Amputation”, with the new cybernetics that are being produced by companies like Mercedes, the suggestion is that if an arm with more strength more bling and the cudos of being built by one of the worlds leading automotive manufacturers, then what will be the ethical implications of wanting that arm for ourselves, especially if it becomes a status symbol in our increasingly affluent world. This is a forum being covered by the umbrella of the Posthuman Condition and the future that is nearly here of artificial lungs, kidneys, blood etc raises some powerful and interesting ethical debates that we are compelled to enter into.

The ‘Stage’ on the ground floor contained more performance/interactive experiences. Stuart Nolan a magician gave an impromptu talk on deception in the digital age which is his current research at Bristol University. He believed that the internet and social networking was creating a condition where we no longer have a sense of inside and outside, as we post so much previously private information online it was creating a Möbius strip of our personalities. This can be termed as “extimacy” (external intimacy) the showing of something that was previously private. The mirroring effect of the individual versus collective group action was displayed in his prototype for a mind reading canary that could essentially read your mind by looking at your unspoken thoughts through micro physical reactions, essentially our sub-conscious is becoming something that can be read by others as a separate entity to ourselves, hilarious and terrifying!
Mark Miodownik gave a fascinating talk on the future of materials to remake our world. He focused in on the use of glass, examples of bio-glass, a substance that resembled a piece of coral, is being used as a scaffold for stem-cells to form bone onto. As the stem-cells eat through the glass they form solid bone leaving behind no trace of the glass, this is currently being developed for hip replacements with the benefit of replacing bone with bone, instead of the alloys being used currently. Another material being developed for our new living cities is a self-healing concrete where the concrete is mixed with a micro-organism that lays dormant until a crack appears and the organism comes to life with the influx of moisture in the atmosphere. The organism then feeds on the atmosphere in the crack sealing the gap with a substance that is as hard as the concrete.
Moore’s law is applying itself to a new technology that it set to sweep itself throughout our world, if the interconnectedness of the tech-revolution is fast approaching its apex, then the next technological boom will be with programmable biology and programmable matter as we use our developed computer power to appropriate the genome sequence with greater depth and apply it to the human condition. My favourite science fiction writer Philip K Dick said “Reality is that which, when you stop believing in it, it doesn’t go away.” I don’t feel any of what I saw and listened to has gone away from that weekend, only replaced with a sense of when!
Have a look at:
Bertolt Mayer, Channel 4: How to Build a Bionic Man
NESTA will be uploading video of all the weekend’s events soon.
[Doug Burton is an OCA Fine Art tutor]

> Next Post Damn it man, I’m a photographer, not a model 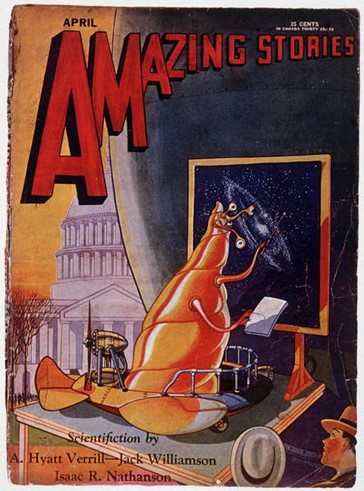 This post highlights the discussion that took place during the first diversity listening session,...