Garry Clarkson - The Open College of the Arts
Skip to content

I am an award winning documentary photographer whose work over the last twelve years has concerned itself with the disputed ‘facts of history’ particularly from the perspective of forgotten, marginalised or otherwise misrepresented groups in society. After study on the prestigious MA in Documentary Photography at the University of Wales, Newport (2005) I began to respond to a contemporary critique of photography and developed new ways of making work within the genre.

I began my work as a news photographer with 1989 ‘Pictures of the Year’ in The Guardian newspaper. I worked as picture editor for the ‘chartist’ Northern Star newspaper in Leeds and Archive Manager at the Bradford Heritage Recording Unit (1987 – 1991) before persuing a BA (Hons) degree in Film at the University of Westminster; at the same time working in the film industry in London. My recent editorial work includes, Libération (France), Saturday Times Magazine (UK), Dominical (Spain); La Repubblica ‘D’ magazine (Italy) and Time Magazine.

In 2008 I was selected as one of 70 participants of 900 photographers from 42 countries to take part in the Descubrimientos (Discoveries) platform for the promotion and dissemination of works by ‘emerging international photographers’. This forum, at Madrid’s Council of Culture, was part of Photo España photography festival and I was one of the 5 eventual finalists interviewed in a special supplement in the Spanish newspaper El País.

In 2012 I was shortlisted for the prestigious Bradford Fellowship in association with the National Media Museum and was included in the 100 years of Photography Exhibition at Newport.

For 20 years I have also worked in education, both as a tutor and as organiser of various workshops, conferences and international forums. I have been visiting lecturer at University of Westminster, Leeds Metropolitain University and external examiner at Leeds College of Art. In 1994 I set up what is now the photography department at Park Lane (now Leeds City) College and in 2009 was lead writer and validation co-ordinator for the BA(hons) degree in Photography at the University of Huddersfield.

I direct film and video for a diverse range of clients, from commercial to public information films, advertising and documentaries so also have extensive technical skills in photography (all formats up to 5 x 4) and digital workflow (Apple Aperture) and video editing using Final Cut Pro. 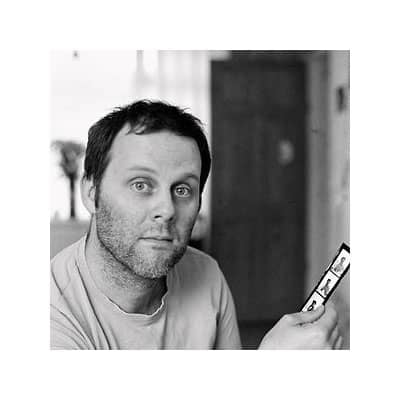