Unmasking the everyday: part one - The Open College of the Arts
Skip to content 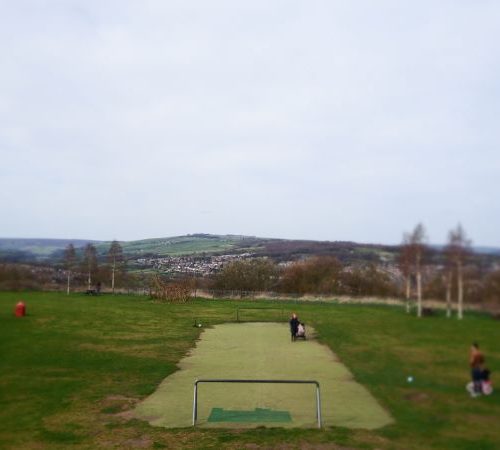 In the years leading up to the second world war, Mass-Observation, a social research group focused on the recording of ‘everyday’ British experience, were on a mission to document what Ben Highmore has called ‘the ordinariness of extraordinary times’. Doing this, they noted, could

encourage people to look more closely at their social environment than ever before… This will effectively contribute to an increase in the general social consciousness. It will counteract the tendency so universal in modern life to perform all our actions through sheer habit, with as little consciousness of our surroundings as though we were walking in our sleep.

As COVID-19 continues to invisibly yet brutally insinuate its way into all of our realities, preoccupying and focusing minds as much as it infects and weakens bodies, plenty of habits, routines, and rituals are being loosened from their moorings, making the everyday seem rather less run of the mill and, well, everyday than usual. This is clearly not a moment for walking in our sleep.

If familiarity, repetition and boredom are some of the primary symptoms of ‘everydayness’, time and space are the key units through which they are experienced. ‘Everyday time’ is time that can drag interminably and where one moment can feel indistinguishable from the next. ‘Everyday space’ is, as Ben Highmore also notes, ‘the landscape closest to us, the world most immediately met’. These are the spaces that can be, as second wave feminists understood, numbingly familiar, grindingly oppressive and, in keeping with the current ‘lockdown’ metaphor, like a prison.

The coronavirus pandemic has done strange things to experiences of time and space. Thirty years ago, David Harvey came up with the notion of ‘time-space compression’, the idea that technology has effectively ‘shrunk’ the world. The rapid global spread of COVID-19 – a consequence of the ease and speed with which people have been able to traverse the planet in the twenty-first century – offers a particularly stark example of this in action. But in just a couple of months, our worlds have become noticeably smaller and the local has taken centre stage. In ‘peacetime’, going from Manchester to Malaga would be little more hassle than travelling from Liverpool to Leeds. In a period where the injunction to #stayathome shames as much as it guides, ordinarily mundane journeys to nearby places have become supercharged, tense affairs: policed, self-policed and maintained via actual and imagined barriers. Queues outside supermarkets have become strange symbols of this, epitomising how one of life’s most everyday activities has come to feel risky and dangerous. The usually unnoticed has become unsettlingly conspicuous.

In the apparent safety and sanctuary of the home – an everyday space that has taken on even more political and ideological significance than usual – the awareness of ‘time’ has also been ramped up. ‘Time at home’ is typically seen as precious, something that carries all kinds of connotations: leisure, family, freedom from work and formal responsibility, the opportunity to relax and recharge batteries. It’s also time that can seem to fly by and come in extremely short supply. The #stayathome directive has flipped this, and time has been emptied, slowed and stretched into an uncertain future. Instead of something to enthusiastically fill, this is time to be conquered, and for all the fear that COVID-19 has prompted, it’s also been responsible for a spike in boredom that Netflix et al seem ill- equipped to deal with over the long-haul (especially now that this season’s Better Call Saul has finished).

As well as being a frighteningly uncompromising virus that is forcing us to redefine the terms of our everyday lives, COVID-19 is also asking us to look at those activities and actions that, if we’re honest with ourselves, are invariably performed ‘through sheer habit’. But while it’s understandable that people should be eagerly hoping for a return to something approximating ‘normality’, the new realities that coronavirus has prompted have also presented an opportunity to rediscover and document the everyday domestic landscapes closest to us. While it’s easy to regard these ‘micro’ environments as apolitical and separate to the cut and thrust of the ‘outside’ world, they are spaces whose apparent ordinariness belies just how important they are. The everyday can be as slippery and elusive as it is tedious and merciless, but its apparent ordinariness should never obscure the fact that it is where life is at its most unselfconsciously lived and where some of the most personal – the stuff we eat, watch, fill our homes with and do – is also the most profoundly political. It needs unmasking just as much as those spaces more generally regarded as extraordinary.

3 thoughts on “Unmasking the everyday: part one”