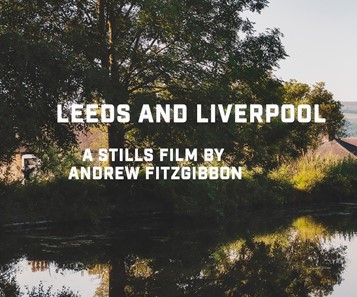 Andrew Fitzgibbon (photography level 3) and Paul Butterworth (painting level 2) met up to discuss their recent collaboration on Andrew’s short film, Leeds and Liverpool. Paul, who is a professional actor, liked the idea of swapping modelling for some headshots and posted his suggestion on OCA Discuss. Andrew was near completing his BoW project and […]

What I learned writing an LGBT film

LGBT History Month is all about promoting equality, diversity and education. If you are writing or making a film with an LGBT theme, there is a responsibility on the artist to be truthful when dealing with topics that – for many – are delicate, if not life changing.

Are you interested in the potential for creative disciplines to come together in exciting new ways?  Have you ever considered using sound or music in your work, or perhaps created visual pieces that resonate with music in some way? Or perhaps you are a composer, who has thought about how your compositions might be informed and extended through other approaches.

What happens to a place once the film crew has left?

Some places are used to being film sets and one more film doesn’t affect their sense of themselves – think of Paris, New York or Venice. Small communities however can find the consequences of being used as the backdrop to a feature film disruptive and even traumatic. I have just come back from the north coast of the Kola Peninsula in Arctic Russia where I’ve been researching a new film.

Do Not Bend – The Photographic Life of Bill Jay

Who is Bill Jay? Some of you may know of the name, but he is probably one of the most unappreciated writers on photography. I, for one, knew very little about him until this year. Anyone who has been tutored by me over the years has probably had the book, On Being A Photographer by Bill Jay and David Hurn recommended to them. Despite being the co-author of this much read title, I had never really comprehended who Jay was.

What is your tutor up to? Chapter 13: Matt White

OCA Moving Image Programme Leader and tutor, Matt White, is delighted to announce that the premiere of his latest film, The Tick and The Bomb will take place at the Wales International Documentary Film Festival on the 17 April, 2018.

What is your tutor up to? Chapter 10: Helen Warburton

The chill voice of Russia

My love-affair with Soviet cinema was cemented at film school when, literally frame by frame, we dissected Sergei Eisenstein’s 1925 propaganda masterpiece Battleship Potemkin. Back in the late sixties and early seventies as British cinemas fell into decline one or two flee-pits survived in some small towns, included mine, Reigate. It was there I first saw Andrei Tarkovsky, starting with his 1966 classic, Andrei Rublev, showing to an empty theatre. At film school I spent seven hours watching – and dozing – through Sergey Bondarchuk’s epic War and Peace and of course, plenty of Tarkovsky.

Is cinema saying something this year?

Maybe it’s a dumb question. Cinema always has something to say whether or not it is worth saying. Yet, over the last few months I have been becoming ever more reassured that there are a remarkable number of new films that really have something to say about the time we live in.