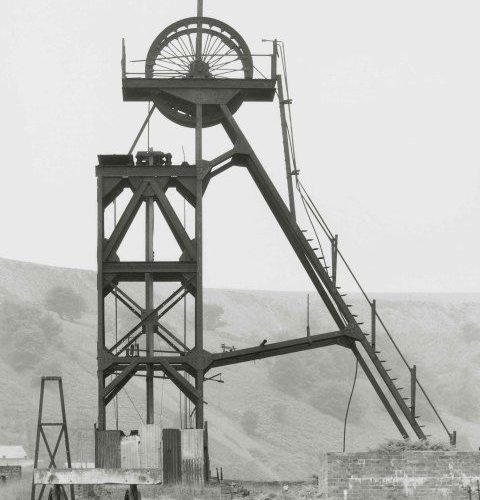 We will meet on the steps outside the museum at 9.45am.

I am really looking forward to you joining me for the OCA study visit to the photography season at the National Museum of Wales. August Sander, Bernd & Hilla Becher and Martin Parr.

This is an incredible opportunity to unpick some of the ideas behind these three seemingly different photographic practitioners. In the morning, you will initially be set a task for the day which will revolve around your responses to the work on display. This will be followed by a guided tour of the shows by National Museums of Wales curator of Photography, Bronwen Colquhoun. In the afternoon, we have an education room booked where we can look at your responses to the set task and discuss our reactions to the work we have seen as a group.

Although not part of the advertised activities, depending on numbers and how the afternoon session goes, there is also the opportunity for you to visit The Place I call Home exhibition at Ffotogallery in Cardiff. This new city centre venue for photography is a 20-minute walk from the museum and closes at 5pm.

You will need to bring notebooks and/or digital devices in order to write or record your responses. If you do not wish to bring your own lunch, there is food in the museum cafés or nearby in the centre of Cardiff.

ARTIST ROOMS: August Sander presents over eighty photographs by August Sander (1876-1964), one of the most influential photographers of the 20th century. The photographs are drawn from Sander’s monumental project People of the Twentieth Century, which classifies individuals and groups of people according to profession and social class. The exhibition is drawn from a major collection of over 170 modern prints, produced from the original plates by August Sander’s grandson, Gerd Sander.

Bernd and Hilla Becher: Industrial Visions brings together 225 photographs by two of the most significant artists of the twentieth century. For over 50 years the Becher’s collaborated on a project to document industrial structures across Europe and the USA. Their photographic inventory included winding towers, blast furnaces, cooling towers, gasometers, grain elevators, water towers and lime kilns. In 1965 the Becher’s made their first visit to Wales and returned in 1966 after receiving a British Council Fellowship. Based at a campsite in Glynneath, they explored the south Wales valleys and made an extensive series of photographs that now stand as monuments to a lost world of labour that were once central to the social fabric of industrial communities.

Martin Parr is one of the most influential and prolific photographers working today. He has always been drawn to Wales, having lived just over the border in nearby Bristol for thirty years. Throughout that time, he has undertaken several editorial and cultural commissions, covering subjects from working men’s clubs to coal mining. This exhibition brings together, for the first time, works that explore different aspects of Welsh life and culture, from male voice choirs and national sports to food, festivals and the seaside.

A trip to the 2021 London Design Festival

In late September 2021 a small group of OCA Interior Design students met to...