Study event: Martin Parr in conversation - The Open College of the Arts
Skip to content 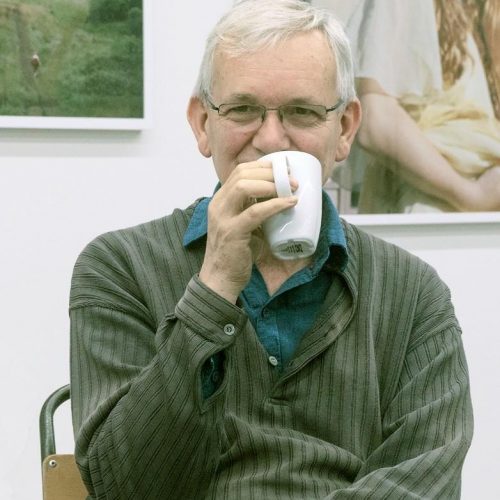 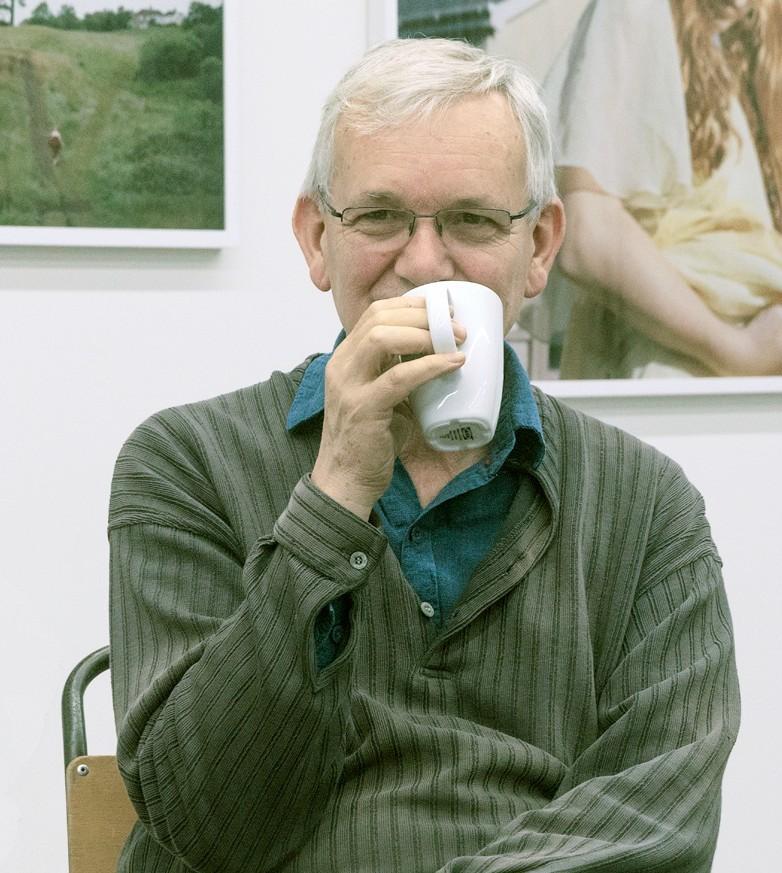 The name Martin Parr, a leading contemporary artist, is not one you may be familiar with but almost certainly you will have seen his work. His Oneness video clips that have been appearing regularly on the BBC for over a year now, feature such characters as the Clevedon Swimming Club, dog walkers from Newcastle upon Tyne and night kayakers in Northern Ireland as well as birdwatchers on the Rainham Marshes. Parr however
is better known as a still photographer and his work has appeared in countless publications as well as in many books of his own work. One of the most recent is about German allotment holders yet a new book about selfie making is also in the offing.

Martin Parr grew up in Epson, Surrey and studied photography at Manchester Polytechnic in the 1970’s; fellow students included Daniel Meadows and Brian Griffin, both of whom have gone on to carve remarkable ca- reers in photography. Parr began in black and white which resulted in works like Bad Weather, a satirical look at the English climate and those forced to undergo it. The imagery here revealed a distinct shift away from the more purist and Modernist concerns of documentary photography. Although Parr was eventually admitted into the celebrated Magnum agency of photographers, it was not without considerable opposition from some members particularly the legendary Henri Cartier-Bresson who eventually did accept the postmodern background from which Parr was emerging. Parr later went on to become director of Magnum UK and now has his own founda- tion in Bristol.

Photography during 1970s Britain had a much more diminished art status than it has now. Parr drew inspiration from American photographers some of whom were using colour. The Last Resort was a body of work made by Parr of holiday makers in New Brighton; the uncompromising imagery of lower-income families enraged many yet provided a realistic insight that could not be ignored. Parr went on to document the more well to do in work such as The Cost of Living and is now well known for his portrayal of contemporary globalised existence as in books like Small World, presently in its’ third edition, which examines world-wide tourism. He says that “With photography, I like to create fiction out of reality. I try and do this by taking society’s natural prejudice and giving this a twist”

Described as a chronicler of our age, his work tends to be viewed as grotesque, emphasised in the garish colour palette he employs along with unusual perspectives. Parr is often humorous while at the same time of- fering a penetrating insight into the life of our times. Detractors question whether he is not compromising his subjects while others criticise him for having found a niche that he exploits continuously without moving on to consider other approaches. What Parr does do though is open the door to many other artists and photographers not only through his foundation but in generously offering advice to others.

The catalogue of his recent exhibition at The National Portrait in London called “Only Human” provides a good introduction to his work while a more comprehensive account can be found in Martin Parr by Val Williams. His own photobooks are worth looking at. He was co-author with Gerry Badger of “The Photobook: A History” of which there are 3 volumes; his massive personal collection of photobooks from around the world was acquired by Tate Modern.

Parr will be talking to OCA students in Bristol at 13.00 on 14 of December 2019. Whether one likes his work or not, is a photographer or engaged on another creative pathway, this is surely an unmissable chance to meet with a remarkable living artist and photographer of our times.

To register your interest in attending please complete the booking form here.

Do note there is a £10 booking fee for this event.

> Next Post Textiles: In conversation with designer Caroline Cox

A trip to the 2021 London Design Festival

In late September 2021 a small group of OCA Interior Design students met to...