Student work: A 2020 Happening - The Open College of the Arts
Skip to content 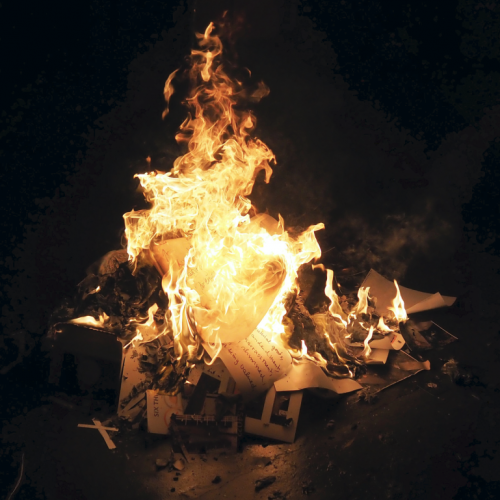 “We held our first Happening on 11 January in Paignton. We had 12 participants of whom 9 were OCA students from the OCA SW group, and 3 were local artists and one photographer. The focus was on cross-discipline collaboration among artists.”

Below is a snippet from Anna’s blog, read the full entry here – https://annasyp.wordpress.com/2020/01/20/the-2020-january-happening-in-the-south-west-of-england/

Billed as an experiment in random collaboration among artists inspired by the collaboration of painter / performance artist Allan Kaprow and musician John Cage, our Happening threw up tensions, surprises, laughter and frustrations.

Built into the day’s activities was a strong element of randomness and the possibility, if the participants so wanted, to burn any artifacts on the bonfire at the end of the day. The ashes from that bonfire would be carried over to the next Happening if the participants wanted it. The rationale behind this was that the objective for the day was to collaborate with other artists and not necessarily to produce something at the end of it.

The fixed elements of the event were the timetable, the location and the names of the participants; there were no prizes and no defined concept of ‘success’. Randomly decided were: the theme for the day, the group compositions and the decisions they made.
Edward De Bono’s six tables of words and a die gave us ‘poverty’ as the theme for the day.

The participants were divided equally and randomly into 3 groups of 4, and each group had a different room in which to develop their interpretation of poverty. There was a separate ‘resources’ room where they could go to find materials they could use. People had been asked to bring some of their own materials that they could use on the day.

The participants were OCA students in any discipline, plus 3 local artists in the fields of painting and photography.

At 4 o’clock, I was astounded that all 3 groups were ready and we could witness their collaborative pieces:

The group Paula, Dorothy, Derek and Sue, presented a dinner in which all the artefacts were grey. Sue also sent edited recordings of their collaboration which is a super alternative to images of their experiences.

The second group; David, Krystyna, Sarah and Anne looked at poverty as a safari. David proposed this for our consideration:

The ‘Happening’ that I consider may have been more appropriate for one concept of poverty, although well outside our time scale and resources, would be as follows:

On a volcanic island, uninhabited by humans but containing pigs, the following items would be placed in the jungle:

A year later the ‘Happening’ participants would return to the island and see what remained of the items. If the island is a microcosm of the world, then all those artworks would be destroyed forever, but there were no humans there to even have knowledge of what had been lost. Now that is poverty.

The third Happening developed by Paddy, Edelgard, Catherine and Anna, was a video (https://www.youtube.com/watch?v=al6gsZrRMHM) with a talking heads idea of a discussion by all the members of the group on what poverty meant to them. At its artistic, conceptual basis was a plant dug up from the garden on which feathers and leaves from a different plant were dropped randomly. 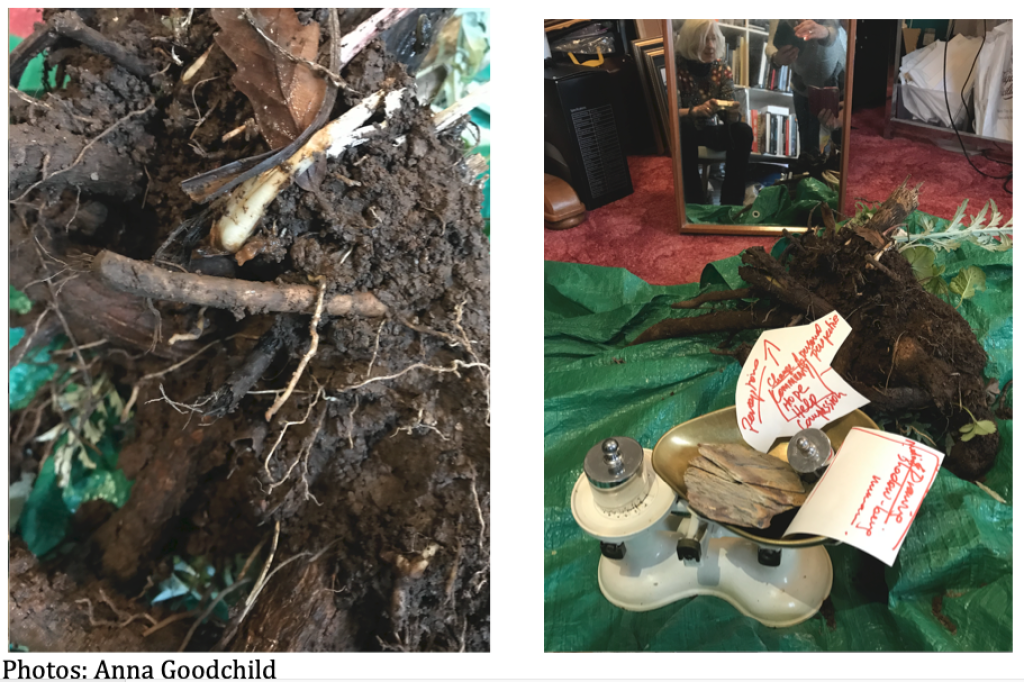 The event culminated in a bonfire and lively discussion about the experience. After the event, I sent out an email to each person thanking them for their participation and asked them to send me what, in their experience of the artistic collaboration, were two good things that had happened and one that could have gone better. See the list on the blog space.

Talk is already talking place about organising another Happening, why not get involved?!