Study visit review: Strange and familiar - The Open College of the Arts
Skip to content

The study visit to Martin Parr’s documentary show ‘Strange and Familiar’ at the Barbican in London raised some perplexing questions…
It’s a large show over two floors, displaying a selection of documentary photography from the 1930s to the present day. The premise of the show is to reveal Britain through an ‘outsider’ view (the photographers are not British), which is held to be particularly relevant to our current cultural/political moment. We spent two hours in the galleries and after a discussion in the Barbican foyer and a quick lunch, headed off to Parr’s own show ‘Unseen City’ at the Guildhall Art Gallery close by. Parr’s show was a very different beast to the Barbican’s and I’ve decided to leave a discussion of our visit there for another post.
Curious to see where the idea of ‘strange and familiar’ might have come from I turned to Simon Watney’s essay ‘Making Strange: The Shattered Mirror’ in Victor Burgin’s ‘Thinking Photography’ (which is on quite a few of our reading lists by the way). Watney’s essay traces a path from Romanticism to Modernism, and in the process reveals a strategy of defamiliarisation which aimed to go beyond ordinary vision to reveal a deeper truth or reality.
The Barbican show seems to diverge slightly from this meaning. Parr’s photographers didn’t juxtapose the strange and the familiar as, for instance, the Surrealists did. And they didn’t necessarily try to make things strange (although there was some of that – step forward Bruce Gilden?). To most of the photographers things were strange anyway because they were ‘foreign’. Candida Höfer’s Liverpool, Jim Dow’s corner shops and Shinro Ohtake’s wonderful collection of small machine prints are good examples of this. But while some took the everyday as their subject, other photographers actively sought the unfamiliar fringes – Frank’s coalminers, Okamura’s Belfast and Strand’s Outer Hebrides are the social, political and geographical edgelands if you like.
For Watney, the issue with the strange as an aesthetic strategy is that it ignores social relations – ‘it implied that social contradictions could be made immediately and universally accessible to the eye simple by means of visual surprise’. Raymond Depardon’s work I found particularly troublesome in this regard. His Kodachromes of Glasgow were, for me, uncomfortably reminiscent of our old colour accents exercise! Sergio Larrain’s spontaneous impressions of London (a popular choice among many of our number) seemed to hold a visual surprise or two, but you couldn’t say that about Paul Strand’s islanders. Perhaps Robert Frank’s London fog was ‘surprising’ but not his Welsh coalminers.
Rather than relying just on the visual qualities of an image, Watney quotes Walter Benjamin as saying that photography which failed to explore the relationships between images and written language ‘must remain arrested in the approximate’. Benjamin wanted a photographic practice that would not ‘paralyse the associative mechanisms of the ‘beholder’, a practice which would effectively transform photography into a form of literature, spontaneous experience into contemplatable texts’.
Benjamin is talking about context and while Davidson’s work was shot for the magazine ‘Queen’ and Cartier-Bresson’s for ‘Regard’ there’s no way to know from the exhibition how they would have appeared to readers at the time. There are books in vitrines but you can’t study them. They look lovely but how hard can it be it to make a few facsimiles and stick them on the walls (I always think)? You have to rely on the curated wall texts to tell you how to ‘read’ the images and why should you? One exception seemed to be Gilles Peress’ ‘The Prods’ – wasn’t this artist’s installation (made specifically for the exhibition) actually the sort of ‘contemplatable text’ that Benjamin was asking for? The caption for this piece appeared to be missing but perhaps it just didn’t need one.
With the end of modernism the distinction between documentary and art started to blur and in the lower galleries the context becomes the gallery itself. Tina Barney’s casually focussed large format portraiture indicate that aesthetics, so important in the museum prints upstairs, isn’t a major concern here. Eijkelboom’s digital projection seems to allow his work to become independent of any kind of context at all and still exist on it’s own terms – what Boris Groys calls a ‘strong digital image’.
To return to Watney – ‘meaning is not constituted in discreet units but is rather in an infinite dialectic between systematic constructed images and historical subjects and institutions’.
That’s the perplexing bit – the meaning. Perhaps in the end the meaning is a single, all-encompassing category of ‘photography’. Sounds familiar?
Strange and Familiar is at the Barbican until 19th June and at then at Manchester Art Gallery from 25th November 2016 until 29th May 2017
References
Simon Watney, ‘Making Strange: The Shattered Mirror’ in Thinking Photography, ed. Victor Burgin (London: Macmillan,1982)
Boris Groys, Art Power London, MIT Press, 2013)
Walter Benjamin, ‘A Short History of Photography’, in Illuminations, ed. by Hannah Arendt, trans by Harry Zorn (London: Pimlico, 1999)
The wall texts are available online as a downloadable pdf – search for ‘17922strangefamiliarwalltexts’
#WeAreOCA 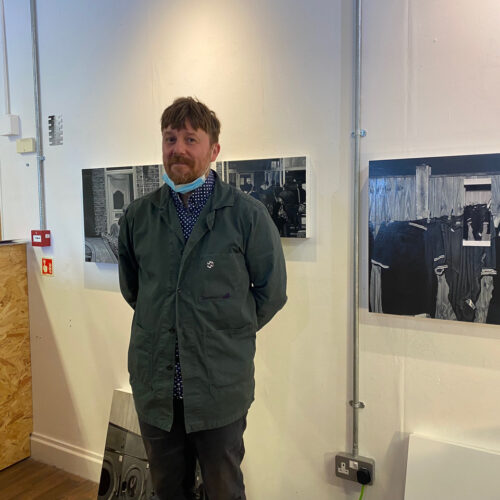 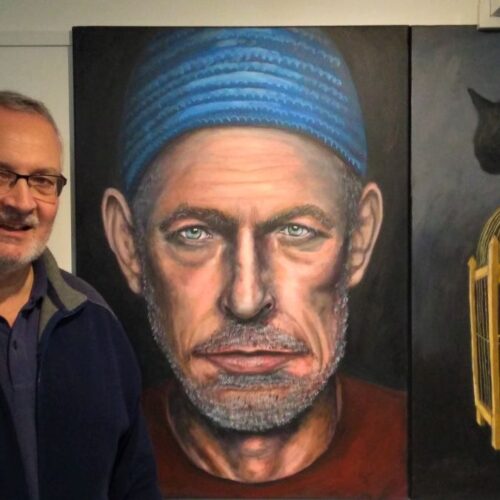