Looking at adverts: 1 | The Open College of the Arts
Skip to content

Many people are unaware of it but whenever we look at an image we interpret it’s meaning by identifying the things that are depicted and deciphering what they mean. When I take photographs I think carefully about the objects I am including in the frame and the ones I leave out. Each object adds information and shapes the way a viewer will interpret it. When taking documentary style photographs you might not have time to make these decisions – you have to use your intuition and decipher its message later on. In advertising imagery each object is there for a reason – to give the image a specific message designed to encourage you to buy.
There are different levels of meaning – there is the literal level (called the denoted meaning in semiotics) that tells us what is in the image. In this case there is a building, a tree, people, a table, food, flowers, flags and aircraft. The second level of meaning refers to what is implied by these objects. The understanding of the objects at this level can vary depending on the existing knowledge you have and your cultural background. This is called connotation.
I have chosen to discuss this advert because I find its connoted meaning interesting. For example, the aircraft depicted have a very specific message. They are not jumbo-jets (which might connote holidays, emigrating, sunshine and beaches) or police helicopters (suggesting crime, surveillance and state authority). They are a type of military aircraft but they do not imply war or danger. They are culturally coded for people in Britain to interpret them as the Red Arrows, an entertaining air display team associated with summer air shows and national celebrations. Ordinarily the red arrows would have red, blue and white smoke plumes – the colours of the union jack – but in this image they have been changed to refer to the brand colours of the product being advertised. This directly links Silvikrin to ideas of Britishness in a clever way. Other elements of the advert reinforce the message of Britishness and patriotism – there are Union Jack flags and characteristically British foods such as strawberries (to make us think of Wimbledon?), cucumber sandwiches, scones and tea. The food table is in a terraced street decorated with bunting, suggesting a street party. British people would probably be reminded of similar public events taking place during the coronation celebrations in 2013.
Would this advert be interpreted in the same way in Europe or the Middle East? Are these sign of Britishness universal or culturally specific?
When we interpret images of people we ‘read’ the gestures and facial expressions. In this image the people in the background are watching or photographing the air display. But in the foreground three women hold items of food and drink, and smile. What is the message indicated by their gestures and expressions? Are they going to serve the food to other people or eat it themselves? Why are they looking towards the camera instead of the aircraft?
I have cropped this advert to exclude the product because I like to ‘decode’ an image before I look to see what is being promoted. Sometimes it is quite obvious what the product is, but other times the advert is ambiguous and I have to revise my interpretation. This one is quite surprising so I will be interested to see if anyone can guess what type of product is being advertised.
This is the first in a series of posts on decoding advertising by photography tutor Dawn Woolley 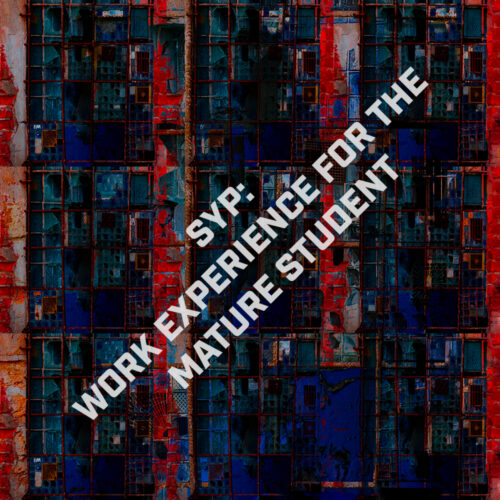 As a mature photography student, after lifetime of working, the thought of finding work...