Photography tutor Russell Squires has been involved in a strange and intriguing project involving a huge Anglepoise lamp, a camera, some strangers and one of the busiest and most trendy streets in London.  When I saw his project, a creative collaboration involving designers, photographers and Anglepoise® I saw a few lessons we could all learn from his crazy activities.  Check it out on CreativeBalance.
Peer Interaction
Things happen when we put ourselves out there.  By getting to know others and sharing ideas who knows where your joint creativity could take you.  I always think two heads are better than one but in an ego centric world it feels counter cultural.  You might be inspired by a writer, a musician or another photographer.  Whoever it is, are you connected enough so that when exciting things arise you are in the know?  Are you connected into the student body with OCA?  Why not start by commenting on blogs, sharing your work, going to study trips, joining in with a student led seminar or study group?  If you are in a remote location you could start one for your local area.  As Obama might say – Be the change you want to see!  You are all in the same boat and who better to share ideas with than those who are already on your wavelength?  There’s nothing wrong with a bit of schmoozing every now and again.
Collaboration
Which leads me to another thing.   If you see your peers as future collaborators rather than just other students the expectation rises and something great could happen.  What would you like to do and who is the best person to work with to realise that? It might be that you would like an exhibition buddy, or someone who will honestly comment on your work, or you would like to do a joint project or use someone as potential subject matter, or put on an exhibition together.  Raise your game by thinking through some options that will take you from being a standard student to an exciting entrepreneur.
Responding Creatively to Briefs
In the commercial world designers/ artists/ photographers are given a brief and their job is to come up with a creative way to communicate it.  Russell’s project shows how an innovative approach to a ‘brief’ has the potential to grab a fair bit of attention and make a stir.  By thinking outside the box and using all your resources a project can go from ‘ticking all the boxes’ to surpassing the box entirely.
I asked Russell a couple of questions about his project:
How did you go about responding creatively to the brief that was set?
My creative response to the brief at first was quite clinical, where my primary objective was to photograph the Street Artist, I was assigned to produce a portrait. Then I just started experimenting and exploring other avenues of creativity like stop-frame animation, blueprint making and product design, which resulted in the Anglebot.
What benefits were there to working with various different people and skill sets?

There were no direct benefits of being in such a mix of other creatives as typically we only met our assigned partner. Still the continuous growing blog that was attached to the project provided a wealth of visuals for us to all observe and develop from there.

How does a collaboration work best?

The collaboration worked best for me as a photographer by continued observation of my target. As I shoot film there was no instant feedback and adaptation at each shoot, so it was quite a long process. Then when I showed a set of contacts to the artist they were amazed and responded very positively.

What advice would you give students hoping to take up the above challenges?

For students and for other artists alike I would say effective communication; keep chatting and discussing ideas. Although, as people dealing with visual language, observation is best. Also try collaborating with an artist that is completely out of your medium as they may have a whole different visual stance then you.
Posted by author: Sharon
Share this post:

5 thoughts on “Collaboration and Anglepoise Lamps” 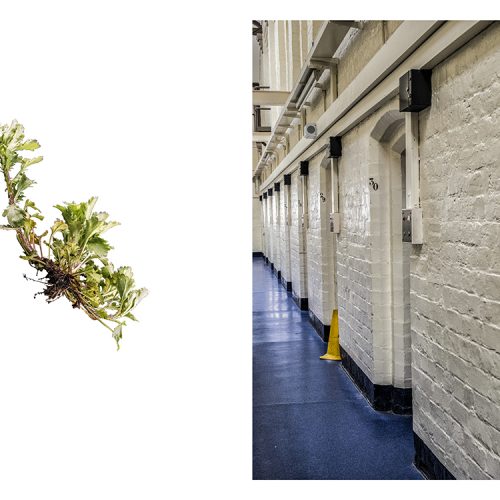