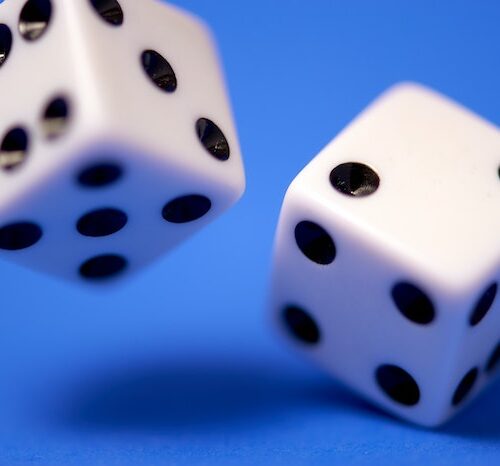 Aleatory music is an umbrella term that seeks to cover a diverse range of experimental music in which compositional control is partially or totally given up by the composer. This kind of approach became an area of particular interest for composers from around the 1950s in the USA and Europe, and for composers related to those traditions living in different parts of the world. With the relinquishing of control by composers often came increased performer agency, or even compositions totally produced by chance.

Aleatory thinking was often influenced by other art forms, for instance, the sculptures of Alexander Calder influencing the notion of ‘open form’ composition. In this kind of music, musical movements may be performed in any order, rather like how suspended parts of a mobile sculpture may change in orientation to each other so that the form of the sculpture is made up of the orientations at a particular time, dependent on the viewer’s own position. Similarly, in the music, the form is not fixed (unlike in a traditional Classical period symphony, for instance) and may change from performance to performance.

This piece, is for 6 or more performers, who get to choose their own five notes to play or sing over the course of the piece. At the heart of the music is the need of the performers to listen and respond to the sounds they hear around them. The overall form of the work is governed by coloured lights which are faded between to indicate the three different sections of the piece. To Valerie Solanas and Marilyn Monroe in Recognition of their Desperation was written following Oliveros’ reading of the feminist S.C.U.M. manifesto written in 1968 by Valerie Solanas (a creative artist who is also known for shooting Andy Warhol). Oliveros wanted to highlight the growing feminist movement and invoked the name of Marilyn Monroe as an example of the objectification of women. The piece seeks to offer a non-hierarchical model for music, there is no overall leader in the ensemble, and no textural stratification between, say, melody and accompaniment. Indeed, the performance instructions ask that if one of the musicians becomes too prominent in the music, the others should rise up to bring them back into a more equalised relationship with the group, thus also suggesting a model for society through its performance practice.

To Valerie Solanas and Marilyn Monroe in Recognition of their Desperation YouTube link:

Syntagm III is an example of Earle Brown’s work that shows several aleatoric traits. There are occurrences of mobile form – the final sections can be interchanged. Performers are given varying degrees of choice in what they play – for instance, in the first section of the score precise notes are replaced by energetic dashes and dots. Musical time is much more fluid than in more traditional music, there is rarely a sense of regular pulse but players are required to coordinate with each other by careful listening and by the interactions specified by the score. As in the Oliveros piece, listening is key to the performance of the music, and here, a dramatic musical tension is produced by the varying interplay between the individual instrumentalists and the whole group.

Aleatory techniques are not so much part of the musical mainstream these days, you’re unlikely to hear such music at the Proms, for instance, though they are still in use by many composers. They have, though, influenced contemporary compositional techniques, and have changed our attitudes as to what we expect from a composition, even when it is not overtly aleatory.