Drawing Room in London is a few minutes work from Bermondsey Tube, slightly tucked away on an underused industrial site, a short distance away from the glossier surrounds of Jay Jopling’s White Cube Gallery but well worth the extra few steps to experience the more enquiring aspects held within Drawing today. The only public and non profit gallery in London that specialises in the practice, theory and methodology of contemporary drawing, what makes this space special for me is the openness to discussion and promotion of what drawing is or continues to be, while housing a great reference library/study space that includes artists reading lists as well as artists publications and artwork.

It was to my great delight that the Study Visit to see Nicola Tyson’s show titled Beyond the Trace at The Drawing Room in London was filled to capacity and with a couple of extra students waiting in the wings we had a great few hours interrogating and discussing the works on show, all of which held the common ground of being works on paper.
On entering the Gallery it is clear that Nicola Tyson has a confident command of her materials, working fast and directly both on an almost monumental scale as well as through more intimate interrogation. This show is all about the portrait and the female form and whilst both accessible and compelling, the works draw the viewer in to unpick and scrutinise the why’s and how’s of approaching and informing a new image. Tyson’s forms emerge from space, the white ground is often left untouched. The positive forms are sometimes layered, cross hatched, dense and worked on clearly with some intensity. Others less so, the delicate lines create forms left almost in suspense, a trace implying androgynous forms part human, part animal, few grounded and many in flight. They remind me of Jung’s sense of the Animus, the unconscious ungendered psyche.
Tyson, born in the UK, now lives in upstate New York, where she lives on a farm surrounded by adopted animals including donkeys, bees and birds. She moved here when the costs of having a studio in Manhattan became too expensive and now seems somewhat content and at ease with her surrounds. Relationships between the landscape, animals and amorphous beings bleed into many of the works selected for this exhibition, in particular the large scale drawings titled The Selfies and The Secret, both made specifically for this show.

Tyson describes drawing as ‘mapping around with a pencil’ allowing the pencil to produce something from nothing with empowering results. Working quickly and intuitively allowing the pencil to work externally through how the body feels rather than looks from the outside, turns things inside out perhaps away from what we are so often trained to do.
With Tyson’s interrogation and pursuit of identity, gender politics and her own alleged trained male gaze there are equally a lot of questions remaining. By using the hand to create images of the female form as a woman articulates the complexities of what it is to be human. This articulate enquiry both subverts and supports the exploration of sexuality through uncensored Drawing and we liked it, we liked it a lot it seems.
The pencil drawings in particular caught my eye – varying in scale from a series of fairly small works to enormous pieces around life-size –  all exquisitely drawn, in wide-ranging marks.  Her work does not make for easy viewing, some of it I found quite disturbing.  Many drawings contained female-like characters – limbs and body parts distorted and morphing into other worldly or animal-like parts.  Eyes were a key element, as was the gaze.  The figures seemed animated, controlling, odd – possibly malevolent – they had enormous presence on the paper.  Compositionally, they loomed large in the picture plane as if they may walk out of it at any time in a horrible nightmare-like scenario – there was much to take in.
Arlene Sharp Drawing 2
Extracts from essay by Mary Doyle and Agnieszka Gratza, Nicola Tyson: Beyond the Trace exhibition guide.
Follow up information:
The shape of things, an interview with Nicola Tyson by Jenny Bahn http://officemagazine.net/interview/shape-things
Image credit: Hayley Lock 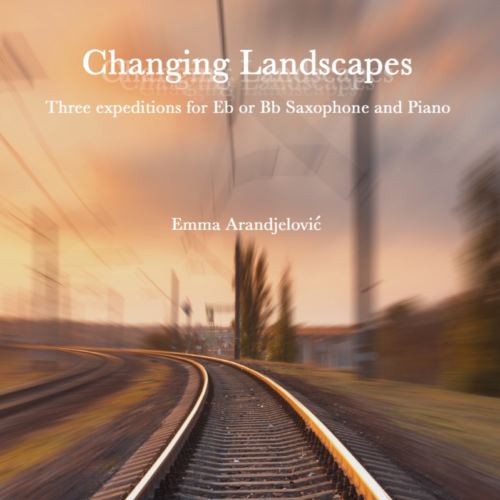 One of the most useful elements of OCA study visits is the chance for...