Last year an amazing gallery opened next to my apartment in London, the NEWPORT STREET GALLERY, incredible space, with 6 big galleries. So far they exhibited some of the the work of Damien Hirst and Jeff Koons and recently the work of Ashley Bickerton, under the tittle of ”Ornamental Hysteria”. His work immediately catches your eye in his attractive use of colour and materials.
Ashley Bickerton was born in Barbados in 1959. The artist had a peripatetic upbringing, living on several continents and a series of islands. He studied at the California Institute of the Arts, he moved then to New York in 1982.
Both in materiality and content, Bickerton’s oeuvre resists categorisation. On the diversity of his mediums / Photo collage, appropriated image, digital image, paint and sculpture. The Artist’s conceptual commitment to intersectionality extends to his subject matter. His technically complex assemblages are predicated on themes of opposition and duality, representation and reality, creativity and commodity, nature and artifice, idyll and apocalypse.

One of the Gallery spaces showed a collection of colourful pieces, Wall-Wall works, this pieces were conceived in 1986. Inspired by an elaborately decorated wall in Oaxaca, Mexico, the series feature painted surfaces interrupted by irregular fibreglass protrusions, simulating rocks. Bickerton cites their central importance to his understanding of both the act and object of painting: how it functions and creates meaning in a world oversaturated with imagery. Unusually for an artist whose work bifurcated after his move to Bali, Bickerton has revisited the series for this exhibition. In recent pieces such as Wall-Wall SiaS , the metallic hues of the early paintings are replaced with lurid, modulating ”tropicalia” shades.
In essence, Bickerton explains, they are ”something that fills a space on a wall with colour that affects meaning / a surrogate wall so you’re not looking at the blankness.

Initially working on a series of hyper real paintings, his practice evolved in the late 90s to incorporate digital image and photography. In portraits such as Smiling woman, 2009, models are heavily made up and photographed, then distorted in Photoshop before the image is printed on canvas and re painted. The series is amongst Bickerton’s most violently satirical. The ornately framed works present lurid, constructed visions of life on a generic Pacific / Caribbean island.

Having lived the majority of his life by the sea, Bickerton’s visual lexicon is replete with marine references. Three spectral resin sharks are strung from the ceiling. Each is obfuscated by materials and accoutrements, coconuts, nylon webbing and manmade detritus. The shark sculptures were conceived whilst Bickerton was travelling in the remote Solomon Islands, building a collection of indigenous Pacific art, objects invested with powerful qualities by their makers. The artist has expressed his own uncertainty on their significance. Arguably, the sharks are best read as poetic abstractions that examine how a manmade artefact’s context translates in the ritual of contemporary life. As well as pointing to the perils of environmental contamination, their lifeless forms may also allude to the failed machismo that prevails in Western cultures, a theme revisited in Bickerston’s later figurative paintings.

Within the context of postmodern critical theory, the primacy of television, and the rampant culture of commodification sweeping America, artists like Bickerton endeavoured to reframe the practice of art production in response to the new, seductive mechanisms of desire at work in society.

One thought on “Ornamental hysteria” 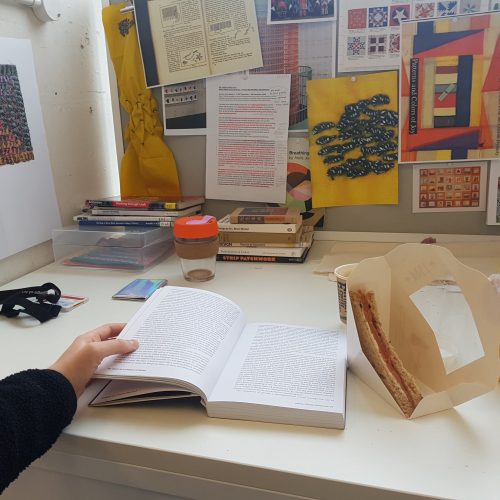 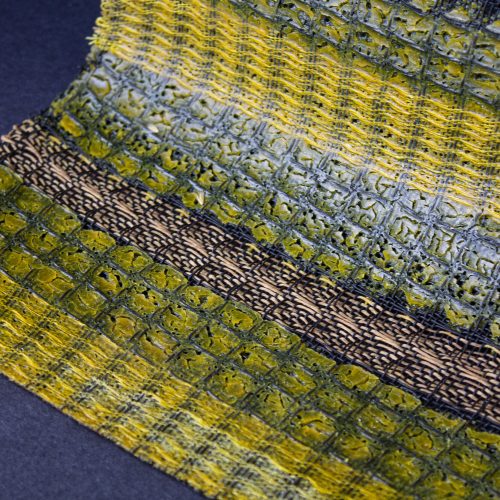 The textiles and fashion industry is second only to the oil industry in terms...