Looking at adverts: 17 - The Open College of the Arts
Skip to content

In The Arcades Project Walter Benjamin writes that if I follow fashion I achieve ‘the biological rigor mortis of eternal youth’ (quoted in Susan Buck-Morss, The Dialectics of Seeing, p. 99). He says the endless cycle of styles and trends enables the consumer to believe the body isn’t ageing because the constantly changing surface is a distraction from the evidence of ageing.
Benjamin was critical of the ‘rigor mortis of eternal youth’, but in contemporary consumer society it is preferable to ageing. This is expressed in adverts, magazines, and television programmes, which demand that signs of ageing should be prevented. Age-defying cosmetics and makeover programmes using surgery, make-up, and clothing to make the participants look Ten Years Younger imply that consuming commodities will allow the consumer to turn back time, suggesting that old age can be prevented.
I have chosen to look at anti-ageing commodity adverts in this blog because they frequently combine science with nature and myth in a fascinating way.

The adverts for The Body Shop’s Drops of Youth range manage to combine all three. While boasting to contain ‘a few drops’ of the fountain of youth, the products also contain stem cells extracted from marine plants. The products are simultaneously mythical, natural, and at the cutting edge of scientific research.
Judith Williamson writes that science, such as diagrams of cross sections of skin or cell structures, is included in adverts to give the impression that the advert is informative without actually providing the viewer with any knowledge. She says that ‘only forms of knowledge are appropriated by advertising, so we […] never actually find what is known. The obvious ideological function of this is to make the subject feel knowing but deprive him of knowledge.’ (Williamson, Decoding Ads, p. 116)

By showing us complex diagrams that we cannot decipher the science is a ‘mystically incomprehensive’ mix of ‘strange words, cryptic diagrams, and magical, mathematical symbols’ (Williamson, p. 116). The adverts show us something without telling us anything. Analysing a Vichy Skin Care product advert Williamson says ‘the diagram shows us, it conceals nothing, it is the skin, enlarged to make it even clearer; but it does not help us to know anything. While seeming to be an explanation, it is really a symbol: it denotes the skin, but connotes science, facts, seriousness; it represents the whole miraculous system of science but is empty of meaning in itself’ (Williamson, p. 118). The claims made in the adverts appear objective and clinically proven because they are supported by ‘sciencey’ language and visuals.
The mythic elements in the adverts somehow make the technological claims more credible. The effects of the product are magical and amazing but not in a way that is unbelievable because the science is logical and factual. Williams says that ‘all consumer products offer magic, and all advertisements are spells’ (Williamson, p. 141). We are told we can stop time and recapture youth with a purchase. Consumption is transformed into a productive act by the advert – spending money becomes stopping time – and the disproportion between the act and effect produces an aura of magic. Williamson continues ‘the more amazing results advertisements offer us, the more these come within the non-explanatory system of ‘magic’, and the less amazing they thus seem, because it is not amazing for magic to be amazing’ (p. 141). Therefore science is amazing, magical, factual, proven, and mythic, and all the claims are true.
The science in advertising is the voice of a mystical scientist – part-chemist, part-shaman – who extracts stem cells and blends them with a few drops of the fountain of youth to concoct an elixir of the life that promises immortality (for the skin at least) and produces the biological rigor mortis of eternal youth.

> Next Post Study visit review: America After the Fall 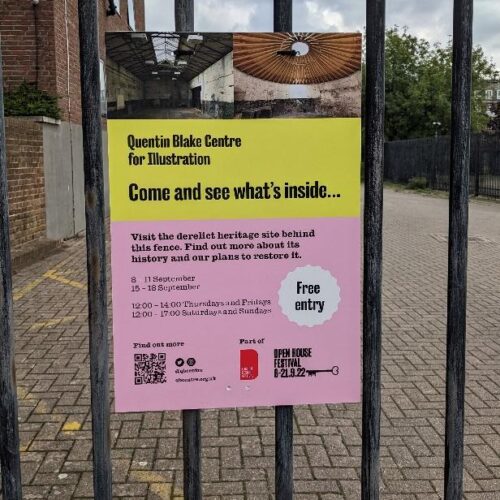