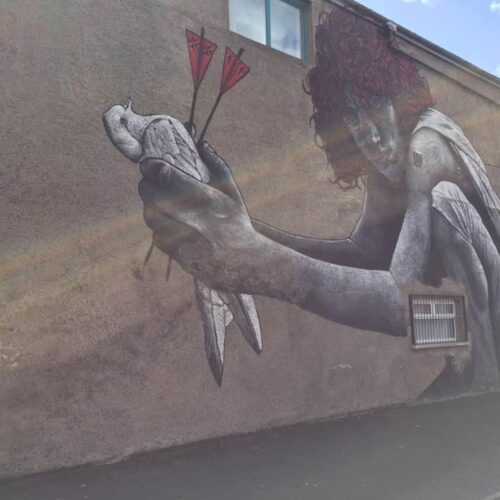 Like many, I’ve been reflecting on the recent protests following the killing of George Floyd, and the responses to the #BlackLiveMatter, in particular across Higher Education. These have ranged from the extremely thoughtful and sensitive to the very corporate and hollow. This has forced me to take a long hard look at myself and the organisation that I’m very proud to lead the Open College of the Arts and consider are we doing enough to live up to our values of diversity and inclusion?

Let me begin by saying that I grew up in Northern Ireland during the ‘troubles’. My father was a civil servant, and with a name like “William” (the cultural reference is King William of Orange and his role in the Battle of the Boyne) in such a divided community  at that time I found myself on the receiving end of prejudice and bigotry, and at one point being beaten for being in a place where different ‘tribes’ mixed. I always had friends from both sides of the divide and also from different cultures, and colours. My mum once joked that I didn’t mention my friend was Black, to me it wasn’t important, but that’s probably easier to say when you are young and White. Culture is important, but so is multiculturalism and inclusion.

Attending Uni at Queens University Belfast during the troubles shaped me, and made my beliefs in working across boundaries stronger than ever. I was part of several community exchange programmes which worked together to improve community centres on both sides of the divide in Belfast and I enjoyed hearing the different perspectives and experiences.

I left Northern Ireland when Clinton was starting to broker peace but before the good Friday agreement was signed. I went back several years ago and witnessed the progress that has been made. This progress is not down to the politicians but to the people who helped to shape their future and work together to build something better. They chose to turn from violence, some of them from paramilitary organisations, and to change.

Fast forward to today and the killing of George Floyd. I cannot believe that so little has changed for those communities when so much progress has been made in other areas. I see progress in recognising LGBTQ+ rights, improving accessibility for those less abled and in rights for women and for non binary people. There is still more work to do on those fronts too but race seems to still be a defining issue above others and that saddens me.

The Coronavirus pandemic has also made me appreciate that people and organisations make the difference, not governments. A simple example is the decision by the Premier League and FA to suspend football in the weekend before lockdown. Nothing had come from government about closing but people with responsibility made the decisions to take action and support their communities and fans through putting social justice before profit. I shudder to think how much worse it might have been without that intervention. This and many other similar gestures putting society before self give me hope.

The Open College of the Arts has a commitment to diversity and inclusion, and we set targets for students from different backgrounds, from deprived areas, from prisons, people who have a form of disability, people who suffer with poor mental health or anxiety and a host of other groups and types. A third of OCA students have those ‘protected characteristics’.

I was very proud to meet Mary-Joyce Davies. Mary-Joyce graduated last year from the Open College of the Arts and her work was, and still is, stunning. I have watched her career develop since graduating https://www.oca.ac.uk/weareoca/alumni/oca-alumna-mary-joyce-davis/ Mary-Joyce has used her identity, coming from Mauritius, and brought out the best expressions of her culture through in her work. She and I share a common past as we both have that connection to Northern Ireland. https://www.oca.ac.uk/Showcase/maryjoyce/

But the progress we have collectively made is not enough. We can and should do more. Equality doesn’t mean treating everyone the same, rather it means giving everyone the opportunity to succeed and to make the playing field level. Those who are the first in their family to study in higher education are more likely to struggle so we must do more to help them. We must have multicultural representation on our Boards. We must decolonise the curriculum but we must also use our alumni and students to help us learn what they need and to adapt to support them. I see these improvements in the same way I see accessibility, i.e. making learning more accessible improves the experience for everyone, not just those with recognised disabilities. We must recruit for diversity and embrace different views.

I believe that education can make a difference. I believe that we should all strive to be everyone’s equal and no-one’s superior.

Art is such a very powerful mechanism for social change. I saw this when I returned to Ireland and went on the Belfast Graffiti tour which I highly recommend. (image “Son of Protagoras” Mural by MTO in Belfast, Northern Ireland) 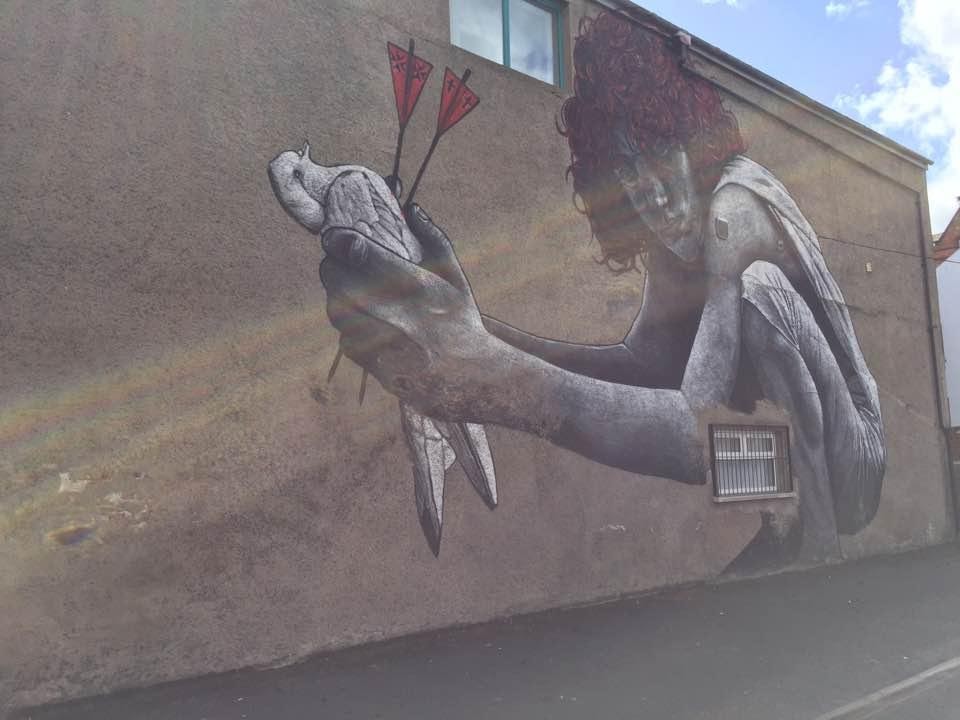 The art has divided, provoked, inspired and joined communities in a way that has left a lasting legacy on the city. In the same vein the pulling down of the slave trader Edward Colston’s statue in Bristol this weekend during the #BlackLivesMatter protest has left a lasting legacy. The videos and imagery of the statue being pulled down, pitched and tumbling into the ocean have an extremely powerful resonance across the national consciousness. Art should provoke.

I would love to hear your story.

13 thoughts on “Equality doesn’t mean treating everyone the same”

< Previous Post Who is Acting? Tightening Up Agency in Storytelling.