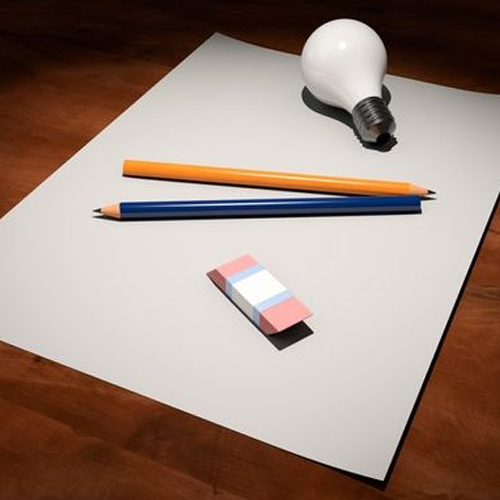 What exactly is erasure poetry? 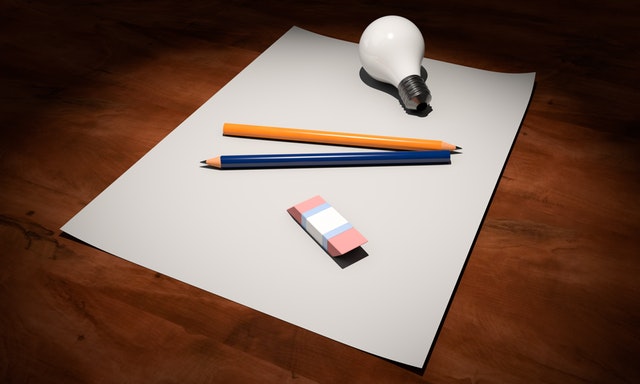 In my last blog I suggested ways in which embedded manuscripts could add to the range of perspectives in fiction writing. This time I’m going to explore one of the ways in which you can experiment with other voices in poetry: the erasure poem.

An erasure poet takes a text which is already in existence, such as a novel, a published poem, a letter or a political declaration. Usually this text is written by someone else. They then remove most of the words from this original text, in order to uncover a new meaning in the words that are left.

One of the earliest, most mind-blowing examples of this is Radi Os, a long poem published in 1977 by the American experimental poet Ronald Johnson. Johnson took John Milton’s epic poem Paradise Lost (completed in the 1660s) and erased most of its words. Whereas Milton’s original told the story of Adam and Eve in the Garden of Eden, Johnson’s work removed the narrative and the characters, leaving in their place an abstract, philosophical poem full of wonder at the world around us. Johnson even ‘discovered’ his poem’s title by erasing part of Milton’s: who knew that the seventeenth-century poet had predicted radio technology?

You can find more examples of this approach to poetry on the Erasure Poetry blog. Or look up my favourite erasure poem, ‘Annunciation Under Erasure’ by Mary Szybist. Szybist takes the Biblical account of the Archangel Gabriel visiting Mary to tell her she will have a child, and erases many of the words. It becomes a much more unsettling, ominous visitation in Szybist’s erasure poem. Here is a recording of her reading the poem aloud.

Both of these examples of erasure poems radically transform their source text. The fascinating thing is how they do this whilst only using words found in that source. This might seem like a scam to you, or an example of mis-quotation. Is this really creative writing?

I’d say it is. A poet doesn’t need to express their own unique ideas to be creative. I don’t think creativity is only found in the imagination of an inspired genius. It can also be found in the act of putting something together in a new way. If visual artists can make collages out of previously-existing materials, and musicians can compose pieces out of sampling and remixing, then why can’t poets ‘remix’ a text through erasure?

Poet Joshua Weiner has written about the nature of erasure poems in this review of Sonne from Ort, a collection of erasure poems based on Elizabeth Barrett Browning’s nineteenth-century Sonnets from the Portuguese. If you’d like to find out more about the form, have a look at Weiner’s review and at the other links in my blog.

Once you’ve read some examples of erasure poems, you might like to write your own. Here is a link to the Universal Declaration of Human Rights. Here is a match report of a tennis match between Venus Williams and Cori Gauff. Choose one of these documents, and erase most of the words. See if you can uncover a poem. Maybe it will still be about human rights or tennis, and maybe it will be about a different subject entirely. But be warned – even though all the words are already on the page, producing a successful erasure poem is more difficult than you might think…

Following on from my previous blog, I’m going to discuss my second residency in...

A tale of two residencies – Part 1

This year, for the first time in my life, I was awarded an international...