In my previous blog I explored a couple of ways in which walking and writing go together. A walk is a chance to take a break from a gnarly writing problem, or at least to allow your subconscious to take over. The serendipity of a journey on foot isn’t so different from sitting down to write. In this second blog I’ll look at two more ways in which walking and writing cover common ground.

Going on a walk offers ample opportunity for use of all five senses. When we’re busy travelling from A to B we rarely pay much attention to the sounds, sights, smells, tastes and textures around us, especially if we’re using transport other than our feet. But go wandering, with no destination in mind, and there’s plenty of opportunity to pay attention. I teach a non-fiction class where I get my students to note down, from memory, half a dozen details about a journey they take every day. The next time they take that journey, I ask them to slow down and observe everything. They’re often amazed at what they’ve overlooked, and the details from the slowed down journey are far more interesting than their initial list: the sorts of rich, sensory details which reveal a place’s character and bring a piece of writing alive. Try this yourself, and see what you usually forget to notice.
If you’re unconvinced, check out Homing, by artist duo Dalziel + Scullion: it’s a manual for paying better attention to the world around you. Or explore the poetry of Thomas A. Clark. His collection Yellow & Blue is a record of the minutiae he observed on a series of walks. It’s beautiful and meditative, unfolding slowly on the page like a meandering journey on foot.

Maybe you’re not able to walk very far. Or you don’t have time. Or maybe it’s just not your style. That doesn’t mean that you have to miss out on all the ways in which walking and writing go hand-in-hand. One of the best things about going for a wander on foot is the opportunity to explore different places: stopping to admire a fine old tree; ambling into a new shop on the high street; pondering a quirky street name. This last activity can be done without stepping out of your front door, and it’s the final writerly walking tip I’d like to discuss.
Place names, particularly in long-inhabited areas, are often stories in miniature. They tell you something about the past. Fleshmarket Close in Edinburgh used to be the location of a meat market and slaughterhouse (and Ian Rankin couldn’t resist setting a crime novel in this gloriously gothic-sounding street). The Sussex village of Pease Pottage is rumoured to be named after the split pea pudding which was served to convicts on the way to London – this might or might not be true, but it’s a great story. The poet Robin Robertson makes a whole poem out of the place names of the remote Scottish island of St Kilda: every rock and cliff has a name which refers to its history or value to the islanders. Another poet, Alec Finlay, has mapped a whole region of Scotland by uncovering the forgotten meanings of place names in his book Gathering.
The joy of place names isn’t limited to poems about cultural history. Think of Robert Louis Stevenson. His children’s book Treasure Island, published in 1883, is the single most important reason why pirates with parrots and wooden legs are considered cool. But his influential novel didn’t begin with the idea of shivering anyone’s timbers. It grew out of a map of a made-up island, which he drew to entertain his stepson. He gave the island landmarks with names like ‘Spyglass Hill’, and added swamps and stockades. From this exercise the whole story of Jim Hawkins, Ben Gunn and Long John Silver took shape.
So the next time you’re struggling for inspiration, take a walk in a real place, hunting for stories, images and sensory details. Or scour a map for those interesting place names which are stories in miniature. Or drive around an unfamiliar place in Google Street View. Or draw your own map, populating it with names and history, and take it from there.
Image of path © Garry MacKenzie 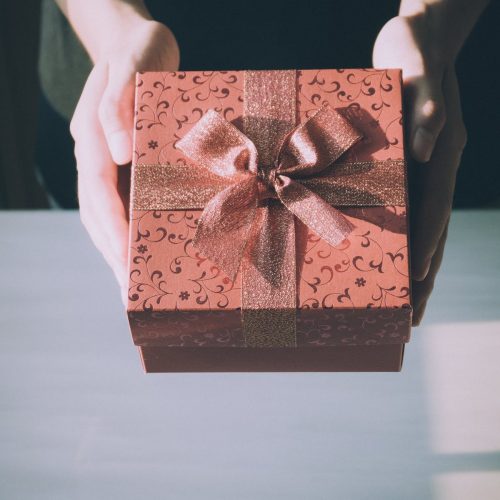 Feedback is a gift

Warren Buffett is the latest in a long line of influential people advising us...