On a sunny summer afternoon, a small group of students enjoy a picnic lunch on the lawn of an English garden, talking of re-writing and editing. It’s a simple scene, and one that flatters the too-often-accepted view of the novelist Jane Austen and the genteel world of her six novels.  Jane, through her writing, appears immortal.  Two hundred years after they were created, her characters are still enchanting and provoking – on the page, on the stage and on the screen.
OCA’s second creative writing study visit of the year began in the bakery of the grounds of Chawton, the house in Hampshire given to the novelist as a gift by her brother Edward when she was 33. It’s where she wrote ‘Mansfield Park’, ‘Emma’ and ‘Persuasion’ and prepared her three earlier novels, ‘Pride and Prejudice’, ‘Sense and Sensibility’ and ‘Northanger Abbey’ for publication during the last eight years of her life. Chawton was more than a mere word factory, however. Tutor Liz Newman’s descriptions of the domestic labours necessary to keep even a household as relatively modest as Chawton drew students sharply back to the pre-industrial era which Jane Austen’s fiction depicts.
Once in the house, visitors watch a short film to introduce them to the small rooms they are about to visit, and to the novels. Student Maria Keeney felt herself seduced – and possibly a little tricked – by the house and what it lets slip of the presence of the novelist: ‘Jane Austen’s home museum lacked an overflow of original writings and remnants….there were touches of the intricate lace she’d created and even a marvellous handmade quilt. The unobtainable was left to our imaginations – suspiciously perhaps, the way Austen may have willed it to be.’


Acquaintanceship with Chawton was the prelude to the afternoon’s lecture, ‘Jane Austen’s Tricks’, given by Professor John Mullan, Head of the Department of Language and Literature at University College London and the author of ‘What matters in Jane Austen? Twenty crucial puzzles solved’. The lecture was part of a programme of celebrations at the house to mark the 200th anniversary of the publication of Jane Austen’s ‘Pride and Prejudice’.  A showman, the lecturer spoke with ‘great humour’ (OCA student Amano Samarpan), and ‘burst onto the stage like fireworks’(Maria Keeney).
His probing approach to the familiar texts ridicules the bows-and-frills approach to Jane Austen that costume drama has brought to our generation of readers.  Mullan’s reading of the relationship of the Bennet parents in ‘Pride and Prejudice’, for example, brands Mr Bennet an irresponsible father. Habitually removing himself from the noisy and chaotic public spaces of the family home to the isolation and silence of his library, he wipes his hands of providing for the future of his five daughters.
It is his wife, superficially chattering and foolish, who has her feet on the ground. She knows that it is only through marriage that her five girls, born into a family no brothers, will be kept from poverty and possible destitution. Her duty as a parent is to make it her job to secure suitable husbands for them. Mr Bennet does more than distance himself from the practical approach of his wife: he undermines her and presents his daughter – his favourite of the five, as he makes clear – with an impossible choice:
‘An unhappy alternative is before you, Elizabeth. From this day you must be a stranger to one of your parents. – Your mother will never see you again if you do not marry Mr Collins, and I will never see you again if you do.’
Reading these three sentences as a model of poise is easy. Far more subtle is their manipulation of the reader, who is set up to miss the snapshot they offer of a careless and unloving parent.
Last week, the scene from the BBC’s 1995 adaption of ‘Pride and Prejudice’ was voted the UK’s favourite TV moment of all time. To launch its new drama channel, UKTV stood a 12 foot high model of the actor Colin Firth as Mr Darcy, complete with wet shirt, in the Serpentine in London  – an unsubtle legacy for a complex character.
In a small trick of history over which Jane Austen had no control, the week of the study visit coincided with the announcement by the outgoing governor of the Bank of England Sir Mervyn King that the face of Jane Austen had been selected to appear on the £10 note.  It’s a decision not without its detractors, for all the reasons you might expect: that there are women who have made more of an impact on the national life of the UK, her writing is trivial being dominate among them. John Mullan champions her in this planned new guise, writing a spirited defence of the decision in ‘The Observer’.
Two centuries after she died, Jane Austen is tricking us still.
Posted by author: Elizabeth Underwood
Share this post: 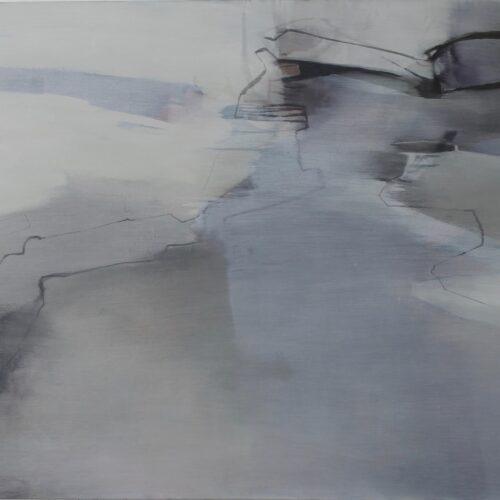