Sketchbooks are personal and can reveal much about how a student goes about the business of discovering and learning. I like to see books that are bursting with work as it is generally evidence of a submission full of speculation and discovery. The restless and curious student will generally produce books that dodge between ideas about subject matter, composition, and the way materials behave. In some ways the best way to think of the sketchbook is as a serious, impolite, playground. Pages that explore how two materials interact can sit next to considered studies while on the next page there might be some scribbled thumbnail sketches of the composition of a painting encountered in a show.

Therese — who is coming to the end of Drawing One – Drawing Skills, her first OCA Unit — has just such a vibrant sketchbook practice. There’s an energy and spirit of enquiry that makes turning the pages an exciting experience; a real sense that the books document a journey of discovery. The images shown here are from two of her books, one A5 and one A4.

You can see that Therese has some pages that look like drips or accidents, but these are a way for her to play with paint and ink and so on to see what happens when material are combined. It doesn’t matter it is doesn’t appear to lead anywhere at the time of making. Mixed in with with studies of figures, there are pages with scraps of collage, allowing for an exploration of how different kinds of paper influence mark-making.

Elsewhere Therese has stuck some small figure drawings next to printed out versions of Egon Schiele paintings. Juxtaposing these images produces a vibrant, exciting page that shows, in clear visual terms, that Therese is grappling with the context of her work. For my money, that’s as important, perhaps more important, as writing a length entry about Schiele’s life and work in a Learning Log.

As well as making drawings, Therese has experimented with making her own paper. This has provided another line of enquiry that is captured in the sketchbooks. Textured sheets have been used as a substrate for copies of Jenny Saville paintings allowing Therese to cross-fertilise her interests. She is simultaneously exploring how her materials interact and the work of an important an relevant artist.

Not everything in Therese’s sketchbooks is directly related to ‘finished’ pieces. This is important. Studying art isn’t a ‘tick box’ exercise; knowledge isn’t acquired in simple incremental way. It’s possible that an accidental discovery might not be exploited until many months later. What’s important is that the sketchbook holds this knowledge until its ready to be used.
The kind of work Therese has produced in these books provides a kind of compost heap for any work that she makes elsewhere. Like a good compost heap it can be used to generate rich work elsewhere and can, to extend the metaphor, be turned and churned to become even richer. In Therese’s log she writes that she saw the work of D-L Alvarez in Vitamin D and though of it in terms of pointillism:

I have always been fascinated by artists creating pixelated art. […] It is fascinating how Alvarez can take so detailed images and transform them as he does into these blurred ghostlike images. The Closet series caught my eye because here he has really caught the feeling of fear and horror where he is inspired by the slasher movie Halloween.

She then links this to something that caught her eye:

One day I was visiting my daughters school and by a (happy) accident I saw a fascinating painting hanging in their school cafeteria and when I got closer I saw it was a pixelated image made by plastic beads! […] I got excited and wanted to try it out someway. An easy medium I had access to at home was plastic beads so I gave it a try.

You can see her version of Vermeer’s Girl With a Pearl Earring stuck into the sketchbook. This following up on threads and making connections is a really important part of the learning experience and it’s great to se a student capturing a moment in a sketchbook and then reflecting on it in the log. As a tutor it’s great to follow the train of thought that’s been laid out so clearly.

Of course, not everyone will want to make such expressive and gestural work and it’s not my intention to say that all sketchbooks should look like this. However, looking through a set of sketchbooks ought to give the impression that the student is excited by both the world and the challenge of depicting it, and is keen to relate what they’ve seen and made to other, relevant, work. As each page is turned there should be a sense of the possible, and perhaps even the impossible. 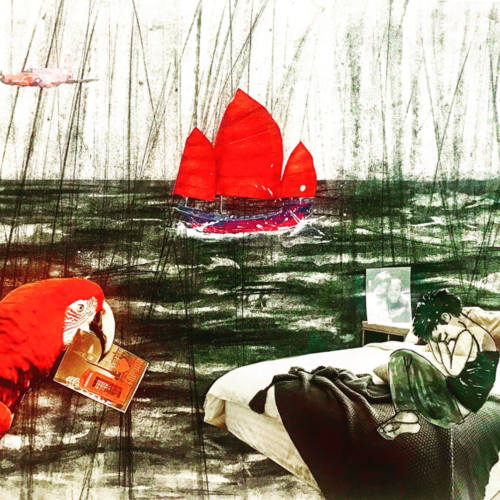 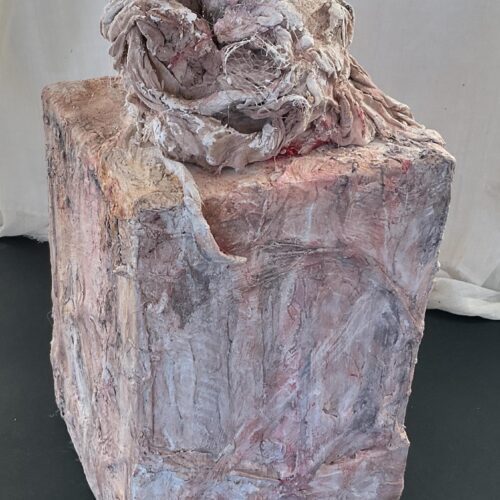