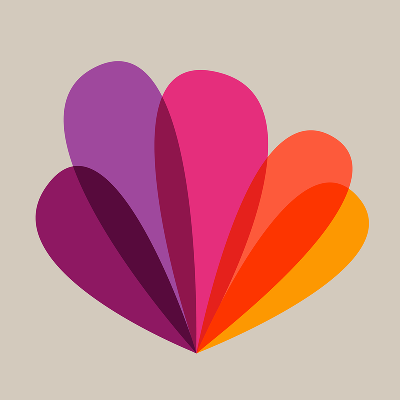 Inventing the truth and bargaining with the light

I don’t know how may of you managed to get to the Hay Festival via zoom but the three trips I took were well worth those (imagined) miles from Bristol to Hay on Wye across the Severn and then north; and am I in Herefordshire or Wales when I get there? It all depends. Makes me think of Philippe Sands’ East West Street  where he writes about Lvov, Lviv and Lemburg – all the same town. At least Hay is still called Hay whichever country it’s in. But it’s a good example of how slippery the truth of history and story-telling is.

Philippe Sands is a lawyer and biographer though his biographies read more like John Le Carre’s  detective/thriller/mysteries. Philippe Sands is on the board of directors of the Hay Festival and President of PEN, so it is not surprising that he should be discussing fact and fiction with writers whose truth is often stranger than fiction and vice versa. I also heard an interview with Hilary Mantel on how the novelist writing historical fiction can legitimately access their imagination when it is thought of as forbidden ground for the biographer but which, of course, the writer of fiction is stepping into all the time. We could make the case for two kinds of historical fiction: one about a real life character which is the case in Mantel’s Thomas Cromwell trilogy, and then there is the novel/story set at an earlier period but where all characters are entirely fictional. My last day at Hay before unzooming back to Bristol consisted of more storytelling advice from Irish novelist, Ann Enright, and two writers Hallie Rubenhold with the stories of the women killed by Jack the Ripper, and Lisa Taddeo with the stories of three living so-called victims of male aggression in the USA whom she was able to interview directly.

As a poet, I find the line or the space between truth and fiction a particularly interesting spot for a writer and have recently come across some discussions on this raised by novelists, biographers and poets. In the end it seems writers of whatever genre have to be story-tellers, and whether their stories are true or made-up, there are always going to be gaps in their knowledge or plans, and imagination will have to bridge the gap. Let me take an example first from a novel about Algeria and France written by Alice Zeniter, a French novelist of Algerian descent , L’Art de Perdre (The Art of Losing). The title is taken from a line in Elizabeth Bishop’s well known villanelle, One Art. Zeniter’s novel is based on the lives of three generations of a Kabayle family from the Berber region who move to France in 1962, as they are offered asylum and given French citizenship (sort-of) because the grandfather served in the French forces in World War 2. They were and are still known as Harkis in France. (Perhaps a useful comparison with the UK would be the Windrush generation). But neither Alice Zeniter nor her alter ego in the novel, Naima, can know the complete history of earlier generations however much research they do. “It is for this reason,” she writes early in the novel (my translation) “that fiction and research are both necessary because that is all that is left to fill the silences transmitted through the sketches that one generation leaves for the next.” (J’ai lu 2017:24)

Using a similar metaphor, Fernanda Vilar, writing in Memoirs, an art journal surveying books, film and other works of art, based on the connections between Algeria and France, calls her article Silences which become Art and Zeniter’s novel is one of the artworks she analyses. https://estudogeral.sib.uc.pt/bitstream/10316/87193/2/MEMOIRS_newsletter_55_FV_en.pdf

It is this very point that Hilary Mantel emphasised in her Hay interview when she said that what the historical novelist can do is “undermine the historical record.” And that was why she allowed herself the liberty of inventing an almost mythological illegitimate daughter for Cromwell. But, she went on to warn that she had to do it sensitively, otherwise she would have written the kind of fiction she wouldn’t want to write.! I have to admit I have not read The Mirror and the Light so her readers will have to judge whether she has stopped short of crossing the line into the wrong sort of novel. I think what Mantel was defending here was her right to “invent the truth” when necessary.

That phrase, “invent the truth” was coined by poet, George Szirtes, in his prose memoir about his mother, The Photographer at Sixteen.(Quercus: 2019) He tells the story of her life backwards, illustrating his prose account with poems and photographs, beginning with his mother’s death by suicide in her fifties, tracing her life back to her roots in a Hungarian Jewish family in Romania, and to her time in a concentration camp when she was a teenager and then how she recovered from her experiences. She herself never told her son all the details of that time so he writes: ”I am inventing her again but only to a degree………..I am interested in her so I go on inventing her, inventing a truth I can believe in. I invent nothing factual. I don’t make it up, but the person at the core of it all still has to be constructed and understood in terms of invention.

Inventing the truth could be a  trip-wire for the biographer and historian. Elif Shafak in her interview at Hay with Philippe Sands said that was why she was happier writing fiction because it released her from the certainties of fact, but Philippe Sands had another metaphor to show how writing historical biography has its own difficulties similar to the choices open to the fiction-writer. He described how when he is doing research, he keeps opening a door which he thinks will lead him to the “true” story, only to find behind that door are another three or four doors to choose from and so it goes on behind each door.

I want to finish by looking at the idea of inventing the truth in poetry and incidentally photography..  I recently read a sonnet sequence,  A Bargain with the Light: Poems after Lee Miller (Hercules Editions 2019) by Jacqueline Saphra. Of course even long before Photoshop when Miller started her career as a photographer it was possible to doctor a photograph (witness the removal of Trotsky from state photographs once he had been considered an enemy of the Soviet Union; or the way photos of the Miners’ Strike in 1984 were cropped to give the impression the miners were the aggressors rather than the police.) And photographers and critics like John Szarkowsky (https://creative.colorado.edu/~keho2869/image/readings/photographers-eye.pdf ) have long recognized that photographs are perhaps more performance spaces that factual documents. Saphra, in one of her sonnets, tellingly entitled The Art of Control (p.31) and which accompanies a self-portrait by Miller, has these lines:

is in denial, the art is in the sham

the artist calls his art, hand on heart.

He can’t capture you however hard he tries.

Sweetly, you make your bargain with the light,

the only safe transaction.  You took this.

Here is your face.  Simple.  Nothing amiss.”

Perhaps writers  of all kinds, like photographers, have to make “a bargain with the light.”

One thought on “Inventing the truth and bargaining with the light”

> Next Post OCA Wellbeing: A trip to the bibliotherapist