OCA wellbeing: Not quite art - The Open College of the Arts
Skip to content

OCA wellbeing: Not quite art

This week we’re hearing from Craig, who shares what he’s been trying out since lockdown.

I’ll be honest, lockdown in a lot of ways hasn’t been too much different to life before. Having a (then) six-month old daughter does that. Days before lockdown when I was at home were shaped by the sleep schedule, and desperate attempts to get a nosy baby to nap for three hours a day, and a good night’s sleep. Lockdown hasn’t changed that.

Lockdown has been hard as the monotony of every day the same without break or respite kicks in. One thing I’ve definitely gained throughout this is yet another reason to appreciate my wife who still does the majority of the child caring responsibilities as I’m working full time. It’s that juggling act of work, children, and trying to give my wife a break from it all as well that has tested me.

As is the same for many of us, the support networks that we’d built were no longer accessible. Both our families live circa two hours drive away, but we’d ordinarily see each other as much as possible as we had experience of not seeing each other much when we lived in London. And on our doorstep, our Church family at The Oak in Farsley is still there but the dynamic has changed. I’ve found it really hard to engage in the same way I would when I’m there physically with the services now digital. I think this is because of all the Zoom meetings we now have at OCA as part of working from home.

My relief and support throughout all this has been to immerse myself in a hobby and history. I’ve always enjoyed history, and I have a particular interest in the Second World War. As a kid I was brought up on The Heroes of Telemark, The Great Escape, and The Bridge on the River Kwai. There’s so much human drama, and it’s a history we all know or have a connection to. But what we learn only just scrapes the surface, there’s so much myth to unpick.

A while back, myself and some of my friends started up a game called Bolt Action produced by Warlord Games; I would take the British, and my friends the Germans and Soviets. Now I would not consider myself as artistic, but I do enjoy painting, although not on canvas. Instead I build and paint model miniatures from 1:350 scale to 1:56 scale.

Painting is relief, a chance for me to switch off from the day, even if it is just for a few minutes, and focus on building up a project. I’ve had to think about mixing colours to achieve the right palette so it’s historically accurate, and how to apply paint to different materials (polystyrene, plastic, metal, resin, wood to name a few).

I also started a related game called Cruel Seas, which looks at the small coastal craft of the war. This is an area of history that I knew nothing about, but getting into has kickstarted a passion for research into the history, and the stories linked to it. And painting up the models has been a challenge. These models are typically in resin and I’ve struggled getting the paint to stick. Despite washing models repeatedly in soapy warm water, and stripping it and repainting I’m still having issues.

But that has all been part of the appeal. Trying out new things, picking up a paint brush again. Switching off from the grind of everything that’s going on around me. I feel like I can see improvements too in the way I’m painting. This is giving me confidence to try new techniques like wet blending on the model itself.

The reading has helped me to connect all these things together. By placing them in their historical context I can try and understand a bit about what these people went through. As well as that I’ve had a chance to delve into forgotten histories and read about events that we just don’t hear about. I’m learning, I’m challenging my own perceptions, and working things out for myself. And it allows me to be me, even if it’s for just a few minutes a day.

Have you tried something new or picked up an old hobby?

One thought on “OCA wellbeing: Not quite art” 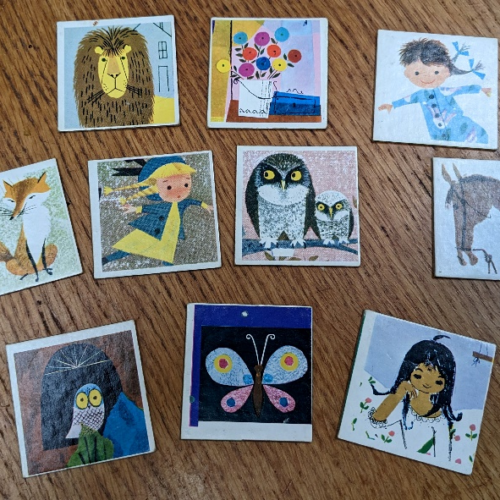 When I was a child, I used to drive my family mad because I...