After writing about one of the most important living composers, Unsuk Chin, for International Women’s Day, I’m continuing with a post about one of the very earliest composers we know of: Hildegard von Bingen (1098-1179), and her utterly unique contribution to the early history of western music.
Hildegard is one of the very first western composers who we can identify by name, and is arguably the most important musician of the twelfth century, at least from a modern perspective. She was an abbess in what is now western Germany, and all of her music, as far as modern scholars can tell, was written to be performed by the nuns of the convent at liturgical or festive occasions.
Her work utterly dispels any notion that medieval music is plain, simple or naïve: its character and expressive power are almost entirely undiminished by the near-millennium of cultural change between early Catholic Europe and the 21st century.

The music is entirely monophonic, meaning it consists of only one melodic line, in contrast to the multi-voice, polyphonic style which was to develop over the coming centuries. Despite this superficial minimalism, however, the melodies are as far reaching, expressive and virtuosic as almost any other “early” music, often much more so than in the contemporary Gregorian chant. The word which comes up most often in the discussion of her music is “ecstatic” and it’s immediately apparent why.
While Hildegard’s music is well known today, it seems unlikely that it would have been performed or circulated outside of her own convent during her lifetime. Despite this, Hildegard was an important and widely-read figure: she was both a mystic and a philosopher, and her writing and correspondence on both subjects was influential throughout Europe.
Hildegard’s spiritual life was rooted in powerful visions which she experienced from childhood. These were initially terrifying to her, but she came to believe they were of divine origin. She describes these visions in her book Scivias, and it’s easy to understand why those around her considered her a holy woman.

It’s impossible to know exactly how Hildegard’s music would have sounded at the time. Did the nuns play instruments as well as sing? Did they improvise around the notated music? Was there a supporting drone pitch or were the melodies performed entirely alone?
Even more fundamentally, we can’t know for sure what rhythms these melodies were set to, or if this was even a concept which had meaning in the Medieval liturgical music. Hildegard and her contemporaries wrote music down with what are known as “neumes”, the predecessors to modern musical notation. You can see in the image below that this system is recognisably similar to the music we read today, but as well as individual notes, music written in this way uses a range of symbols to show patterns, phrases and groups of notes. This can make deciphering the music problematic, and while there have been decades of scholarship dedicated to unpicking the details of the system, there is always a degree of interpretation required on the part of modern musicians when performing very early music.

What is clear, though, is that this music’s identity is able to survive all of these uncertainties. Individual pieces are highly characterised, and the style of the composer can clearly be distinguished from her contemporaries as a singular voice. While during her lifetime Hildegard was known primarily as a writer and a visionary, the part of her legacy which endures and speaks to us to today is her music: it is remarkable both as an artefact of another time, and as a powerful and intensely personal statement from a woman within an otherwise male-dominated society.
Read more:
Bernard D. Sherman : The Hottest 900-Year-Old on the Charts
https://www.bsherman.net/hildegard.html
Hildegard: Scivias
http://www.columbia.edu/itc/english/f2003/client_edit/documents/scivias.html
Image Credits: Wikimedia Commons
[ https://commons.wikimedia.org/wiki/Category:Hildegard_von_Bingen ]

> Next Post Creative writing- dealing with shifts in time. Part 2. 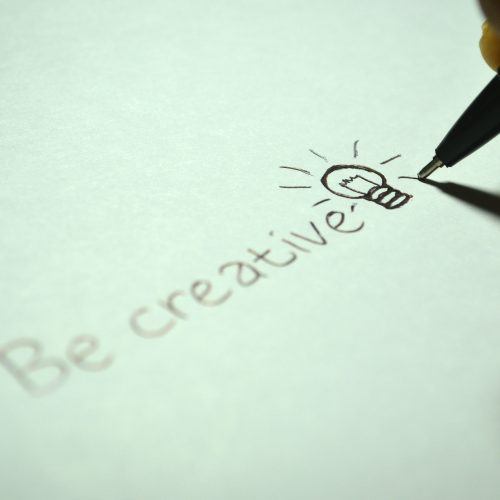 The session will have a practical focus and is primarily aimed at helping students...