Ruth Maclennan - The Open College of the Arts
Skip to content

I am an artist living in London.  My artwork takes a variety of forms including video installations, films, photographs, bookworks, performances, interdisciplinary, collaborative and curatorial projects. I am passionate about moving images and the way they operate on us, and the possibilities for affecting new kinds of experience and expression using moving images. My practice engages with the history of moving images and the way they have become such a ubiquitous part of everyday life. I am fascinated by the roles that cameras can play and am continually testing and pushing the possibilities. For instance, I attached a miniature camera to a golden eagle in Kazakhstan and filmed the animal’s flight. I did the same with a trained hawk, and projected the film back onto the space where it was filmed. I filmed an actor in the streets and empty offices of a mall in North London for a four-channel ‘promenade’ video performance and installation, where actors carried TV monitors in the street.

I have always been interested in the ways that art works on people, in the forms it takes but also the conditions, contexts and institutions in which it is understood. I have devised art projects within and outside institutions that create new spaces and audiences for art to circulate in conversation with other disciplines. For a residency at London School of Economics, I curated an exhibition and series of debates, State of Mind, which brought scientists, artists, and social scientists together to debate contemporary understandings of the brain/mind. My project, Archway Polytechnic, questioned structures of art and education, and proposed itself as a vehicle and opportunity for learning and experiencing art in the city. It was a participatory and collaborative project in which artists were invited to respond to Archway and produce works (www.archwaypolytechnic.org).

My first degree was in Russian and French literature and I spent a year living and studying art in Moscow just as the Soviet Union began to fall apart. My interest in language, in how people communicate through gestures and words and use different registers to exert power or express emotions, has been a central concern in my films. I am interested in how an audience finds meanings in a film through their cumulative experience of the relationship between images and language over time.

I continue to be fascinated by the legacy of the Soviet Union and what is happening to post-Soviet landscapes. I have made several films in Kazakhstan, Ukraine and recently Arctic Russia, which combine empirical research with historical and imagined characters, to understand the complexities of post-Communist, post-Soviet contemporary lives, and their significance beyond the particular circumstances. My work often comes out of my encounters with a place – a fishing village in the Highlands, a holiday resort in Crimea, an abandoned railway station in the Kazakh Steppes, or a derelict office building in north London. I often film on my own, in order to be fleet of foot, unnoticed by authorities, open to chance meetings and opportunities, to what happens next. I bring thoughts and questions with me. My notes, recorded interviews and conversations, raw footage and photographs, become the material for my edit. I also sometimes write scripts for my films.  I am acutely aware that I am involved in what I find, what I film, what I record, document or imagine, and my relationship with a place, and other people’s perceptions of me, become a part of the work.

I recently completed a PhD in Fine Art by practice on experiences of climate change in the north of Scotland and Arctic Russia. My current research and art practice continue these themes, touching on fundamental questions for art in our time: on political ecology and ethics, and what art can do in the context of climate change, on the post-Soviet legacy and critiques of capitalism, and the erosion of public space.

I exhibit widely in Britain and internationally in exhibitions and film festivals, and my works are held in public and private collections. My films are distributed by LUX Artists’ Moving Image. I am regularly invited to lecture on moving image and on archives in contemporary art as that has been a theme of my practice since I was artist in residence in an archive. My work is included in several monographs on art and archives, as well as exhibition catalogues. I have been teaching for many years at undergraduate and post-graduate level, and often present my research and films at conferences.  I am delighted to be teaching for OCA, and look forward to helping students develop their ideas and ways of working. 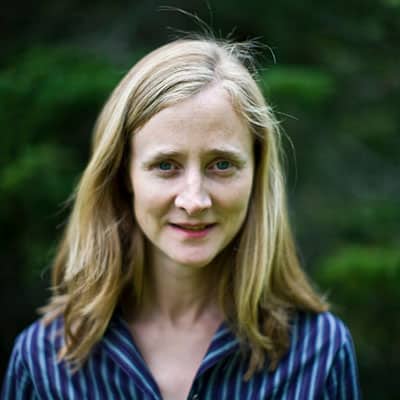