Liz Cashdan - The Open College of the Arts
Skip to content

I am a poet and have been writing and teaching for several years. I have published five poetry collections (two shared). The most recent is Things of Substance: New and Selected Poems (2013 Five Leaves Publications).   In 2012 I had poems in The Sheffield Anthology published by Smith Doorstop and in 2013 poems in Versions of the North published by Five Leaves. My particular interest is in place and identity, often looking at historical subjects, and giving a voice to characters from the past who would not otherwise have had a voice.

My most recent sequence of poems in different voices, Sarah Simpson’s Story, was performed at Sheffield’s Off the Shelf Literary Festival in 2015.

I have been working with visual artist, Pat Hodson, also an OCA tutor, and in 2009 we spent four weeks in Iceland working together with sound artist, Jessica Rowland. (See our website: www.artinthefreezer.co.uk)   Pat and I have now self-published our book, Iceland Stories, with poems and images and a sound track by Jessica Rowland. It is available from either of us (order by email: lizcashdan@gmail.com  For 2016, the four hundredth anniversary of Shakespeare’s death, we have been collaborating on a hanging book about Shakespeare and the sea which hopefully will be shown and heard in the Liverpool library.

I’m interested in script-writing and in 2014-15 I took part in a film-making course at Leeds Beckett University. The five-minute film, Swimming Pool, for which I wrote the script and acted in, was chosen by the Hot Flush Film Festival and shown in Brighton in the summer of 2015.

I’m always amazed by the writing process.  I often wonder how the things I write appear on the page.  The metaphors for writing are endless: Seamus Heaney’s digging in his poem of that name; manipulating an old-fashioned telephone exchange suggested by Frank Smith in his book, Writing and the Writer; discovery and exploration explained by Vernon Scannell in a 1970s English text book.

Before you start there’s nothing except for some thoughts whirling in your head, but when you’ve finished there’s a poem, a narrative, a plot, characters you didn’t know you knew, a story, a poem, a new world that you didn’t know existed!

My original degree was in History but I have an MA (1996) and PhD (2004) in literature. I have taught English Literature and Creative Writing in schools and at Bretton Hall College (now University of Leeds), at Derby University and at Sheffield Hallam. I taught Creative Writing at Sheffield University English Department for six years and for Lifelong Learning, and for the WEA even longer. I teach fiction, travel writing, autobiography; and poetry which often includes all of these, and script-writing. From 2012 to 2013 I was Chair of the National Association of Writers in Education. I peer-review for their Higher Education journal, Writing in Practice, review poetry for The North and am Poetry Editor of Jewish Renaissance.

I have been a tutor and assessor for the OCA since summer 2010 and I teach across all the Creative Writing courses and am now Unit Leader for Art of Poetry. I co-authored the Level 2 Short Fiction course with Nina Milton and Gerry Ryan.   I also tutor for Creative Arts Today.

I enjoy the work because it enables me to be in touch with students from different parts of the world, across a wide age range and from a wide range of interests. In teaching I always try to find stimuli that will give the student the same experience of the writing process as I go through myself. But of course, always with the understanding that along with the magic there also needs to be hard work, a willingness to share, listen, and redraft. I belong to two poetry groups and a few years ago completed the Poetry Business Writing School course for published poets so as a writer/poet I am always a student as well as a tutor.

For more general reference to my work see: www.lizcashdan.co.uk 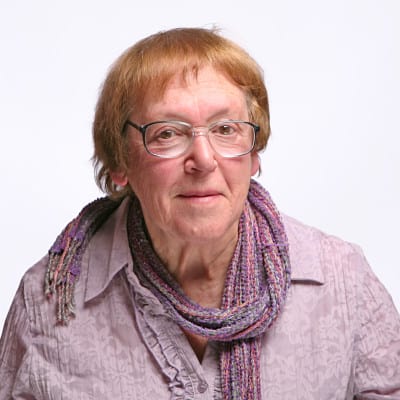