Judy Brown - The Open College of the Arts
Skip to content

Over the years, I have worked with a wide range of publishers both in the UK and Europe, illustrating over 100 children’s books.

Since graduating from Kingston University in 1985 with a BA Hons in Illustration, I have been working full time as a freelance illustrator using both traditional methods and digital media. Over the years, I have worked with a wide range of publishers both in the UK and Europe, illustrating over 100 children’s books. Although the majority of my work has been for children’s publishing I have also done a good deal of editorial work. More recently, I have been writing and illustrating my own books and have had two successful series of children’s novels.

I have seen enormous changes in the world of illustration during my career. When I first graduated in the days before computers, all my illustration was done using traditional methods. Since the digital revolution it is almost impossible to work as an illustrator without some digital skills. The changes in the industry and how they have affected my life as an illustrator, made me want to share my years of experience with today’s students. With this in mind I went back to Kingston University in 2009, to complete an MA Design with Learning and Teaching in Higher Education PGCHE, during which I worked with the BA Illustration students. Since 2009, I have also been teaching Digital Media in Further Education. 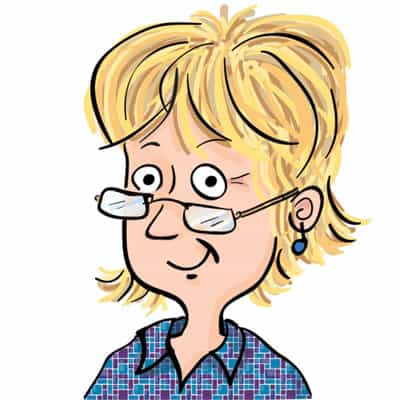