Jo Davies | The Open College of the Arts
Skip to content

There have been three major strands to my career. Drawing is pivotal to my practice as an illustrator and it has been essential in the development of mages across all areas of illustration within a broad range of commercial contexts. I have illustrated book jackets, children’s books, and textbooks for children, magazines, greetings cards, advertising as well as murals. Following my MA at Kingston University in 1997 I began to follow my interests in narrative and created books as an author-illustrator before taking a career break for motherhood in 2003. I have several times been invited to the Bologna International Books fair to join a panel advising on how to be successful in the highly competitive area of children’s books.

I am interested in keeping a sense of energy and tactility within my imagery and am keen to explore the use of pattern. My pictures often use subtle colours and I enjoy using detailed drawing alongside quite loose painting. I have been selected for international awards and exhibitions and recently won an award for the prestigious 3x3children’s competition based in the USA for work I did for a project working with Portsmouth Hospitals Trust.

Increasingly I am known as a writer about illustration. Making Great Illustration published by Bloomsbury in 2011, and investigating the processes underpinning the creation of the most important work produced by illustrators, is one of three texts I have co-authored with Derek Brazell, from the Association of Illustrators (AOI). The exhibition of the artists’ work and processes from Making Great Illustration is currently touring.

Watch out for our other titles Understanding Illustration and Becoming an Illustrator that are due to be published in 2013.

I am at the forefront of establishing a unique international forum and research cluster entitled Varoom-Lab. Initiated by the AOI I am named as the principal conduit and formal Research Co-ordinator for an exclusive partnership of national and international institutions working within the remit of discussion, dissemination and critique. The first forum of its kind for illustration, members are invited to submit papers and other research material for peer review and subsequent publication in the award-winning international illustration magazine, Varoom of which I am a co-founder.

Drawing – The Process published by Intellect books in 2005, of which I am co-editor, is due to be republished in China. I have written articles dealing with many aspects of professional practice within illustration and have reviewed more than 20 books about illustration internationally.

For many years I have worked in Further and Higher education and remain enthusiastic about helping people to learn about drawing and illustration. I hold a fractional post as Associate Professor in Illustration at the University of Plymouth and am an academic associate of the Higher Education Academy.

My interest in illustration continues to expand and I’m thrilled when students share this passion. It’s a privilege to be involved in other people’s journeys of discovery. 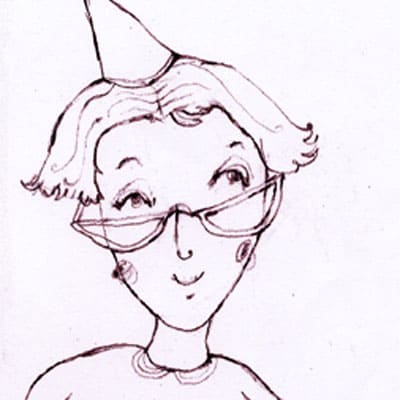