Douglas Dougan - The Open College of the Arts
Skip to content

I love working with writers and helping them to create the works that bubble inside them.

Curiously, scriptwriting wasn’t my initial plan. When I left University with a degree in media my thoughts were to get into journalism. However, I quickly realised that mainstream journalism was not for me – morally we were at odds with each other. I sidestepped into arts journalism and spent many a happy day watching a reviewing films. But secretly I hatched my plans to be a screenwriter.

Thanks to a competition win, I got my foot in the door and began my career writing for series television at BBC, Channel Five, and ITV on series such as Casualty, Family Affairs, The Bill, Holby Cityand River City. In 2006, I set up my own production company based in Scotland. Our film productions there have included Run, Tony, Run!;Mono; Flap; Waiting for the 42; and Half Way Home, with awards including the Scottish Best Screenplay BAFTA and a BBC Three Film Award.

I work regularly as a script editor and script consultant on UK film and television productions – where I fulfil my love of working with writers and developing their work. My credits as a script consultant include the multi-BAFTA award-winning dramas Margaret, Small Island, Five Minutes of Heaven, Occupation, Killing Bono, Sex ‘n’ Drugs ‘n’ Rock & Roll, and ’71.

As well as my life as a writer and producer, I also have over 10 years’ experience as a tutor of screenwriting and film. I created the screenwriting programme at the University of Edinburgh and have taught there since 2003. I am currently Lead Practitioner for Moving Image Education in Scotland; an exciting role working with primary and secondary schools to get them using storytelling, film and moving image in the classroom. It is humbling seeing young childen’s imagination at work and reminds me to keep it exercised in my own creative brain. 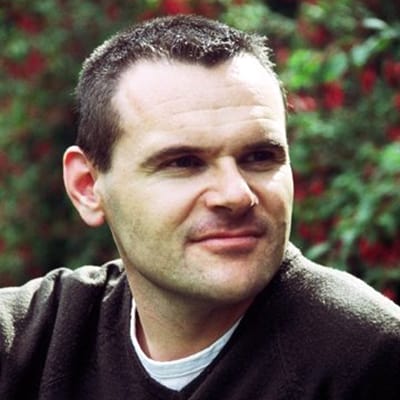