Carla Rees - The Open College of the Arts
Skip to content

I am a musician with a multi-faceted international career, which encompasses performing, composing, arranging, publishing, researching, editing and teaching. I studied for a BMus degree in flute performance and composition at the Royal College of Music, followed by a MMus in performance and a PhD researching extended techniques for Kingma quartertone system low flutes and creating an online learning resource for composers.

As a performer, my work centres on the creation of repertoire for low flutes, often working in collaboration with composers, artists and other musicians. I perform as a soloist and chamber musician, and have a discography of 19 discs, as well as recording for BBC Radio 3 and 4, feature films and television. My work often involves travel; current and recent projects include concerts in Italy, Poland, the Netherlands, the USA, Japan, Costa Rica and Brazil. I am the Artistic Director of the contemporary music ensemble, rarescale, and its associated training ensemble, rarescale Flute Academy.

I have over 80 published arrangements, and composition work includes Nightsong for solo piccolo, which was composed in 2016 has received numerous international performances in three continents. My works are published by Tetractys.

I have been a music tutor at the OCA since 2007 and Programme Leader for Music since 2015. I also teach the flute at Royal Holloway, University of London and have given masterclasses and composition workshops at some of the world’s leading institutions, including the Juilliard School and Manhattan School of Music in New York, USC and UCLA in Los Angeles and the Royal Academy of Music and Royal College of Music in London. I am an external examiner for Leeds College of Music, Nottingham University and City University, London.

My research interests include new repertoire for low flutes, collaborations with composers and fine artists and contemporary repertoire for baroque flutes. I am editor of PAN, the Journal of the British Flute Society, and I’m also occasionally found working as a photographer. 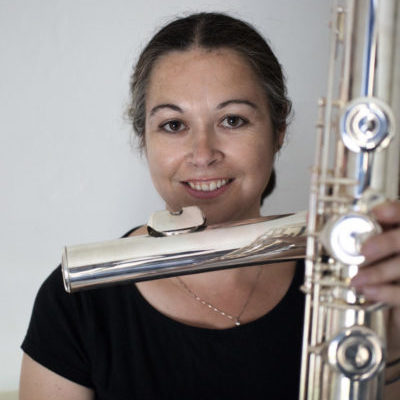