Ariadne Xenou - The Open College of the Arts
Skip to content

Dr. Ariadne Xenou is a photographic artist, theorist and historian. She holds a practice-led PhD on photography and the visual culture of death. She has worked as a lecturer at Edinburgh Napier University since 2007. She has been a contributor of academic content for the digitisation of the photographic archive of the National Galleries of Scotland and has collaborated frequently with the journal Studies in Photography (SSHoP). She teaches across the spectrum of the photographic discipline, specifically on the co-dependence of practice, theory and history. She is a Fellow of the Higher Education Academy.

Her research is anthropological and deals with the ‘blurry’ boundaries between visual theory and photographic practice, with particular emphasis on visual culture as a language. She is interested in every kind of photographic product and the culture which produces it and regards art, and particularly photography, as the most extensively used universal language. She has a particular interest in analogue photographic techniques and their related chemistry, particularly 19th century alternative processes.

She has published written and visual work on numerous journals and edited collections and has exhibited work internationally. 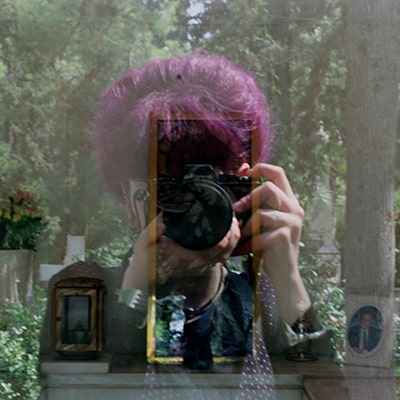