Andy Hughes - The Open College of the Arts
Skip to content

Andy Hughes has been exploring aspects of collisions between our increasingly packaged lifestyles and the resulting waste matter that flows. His previous work explores human scale waste products such as plastic and other discarded items washed ashore across various beaches in the USA and Europe. For over two decades he has worked consistently on this theme. In 2013 he travelled to Alaska, invited as part of an international team of artists and scientists [Pam Longobardi, Mark Dion, Alexis Rockman, Sonya Kelliher-Combs, Carl Safina] to work on the project GYRE: The Plastic Ocean. This unique project explores the integration of science and art to document and interpret the issue of plastic and human waste in the marine and coastal environment. This exhibition will travel across the globe from 2014 onwards. aIn the summer of 2014 Hughes has been invited as a key speaker at the Blue Mind 4 Summit. In partnership with the University of Exeter Medical School, The European Centre for Human Environment, the Blue Mind Summit brings together leading neuroscience researchers with water and ocean practitioners, artists and other experts from across the world.

Born in 1966 in Castleford, Yorkshire, he developed an interest in the seascape and landscape after learning to surf whilst at Art College in Wales. He obtained a First Class Degree in Fine Art at Cardiff University and an MA in Photography from the Royal College of Art, London. In 1995 he moved to Cornwall and has a studio at the historical Porthmeor Studios in St Ives. He teaches photography at Truro College and lectures on two FdA Photography courses and also on the BA Applied Media course. He has supported NGOs such as Surfers Against Sewage and the Marine Conservation Society. He has been Artist in Residence at Tate St Ives. He was the reserve shortlisted artist for the Arts Council Antarctic Fellowship 2007/8. In 2010 his work was featured in a major exhibition at the Mariners Museum, Newport News, USA with Chis Jordan.

His book Dominant Wave Theory is published by Booth-Clibborn and designed by David Carson. I, Jack Russell was published in 2013. A limited edition book about his expedition to Alaska will be published in 2015. 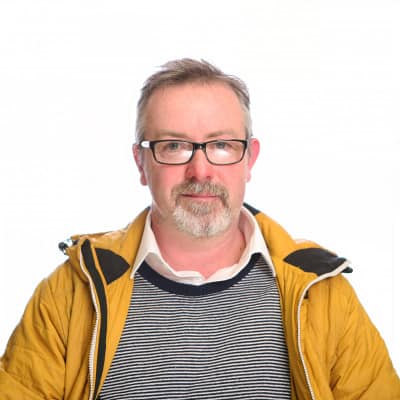