“This piece was my 2nd assignment for Composition 1. I chose to write for the flute as I wanted to explore its different timbres.

It is in A1 B A2 form with some differences between the outer movements to enhance interest in the third section. I decided to write an impression of winter as I felt it suited the flutes qualities. The outer sections use the breathy lower register of the instrument and are legato and slow with flutter-tonguing representing shivering and the languor induced by extreme cold. The middle section is quick the higher, clear tone, semiquaver runs and staccato notes intended to give a glittery icy impression.

I had only heard it via Sibelius software before my tutor Carla was able to record it. It was through her contacts at the University for the Creative Arts where we were able to use the recording studio. Hearing it played on an actual flute was a revelation. The contrast between registers was clearer, the flutter-tonguing performed by a person rather than produced electronically and the whole piece had more life to it. I am so happy to have the opportunity to have my work played professionally” 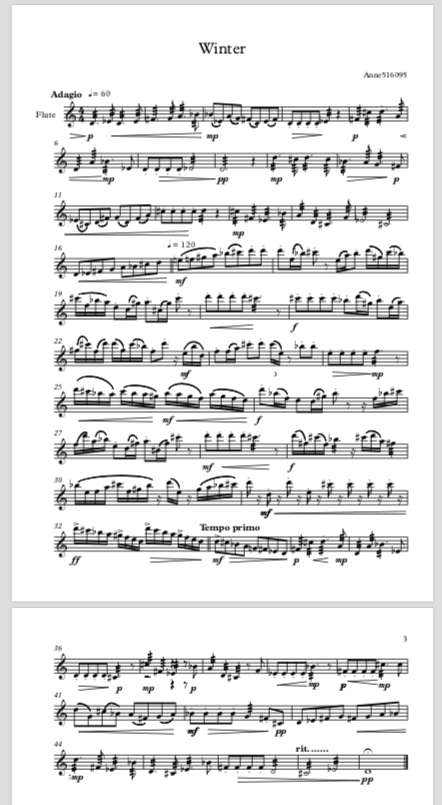